The Gjakova Old Bazaar is one of the most popular tourist destinations in Kosovo. It is a shopping center that goes back to the 17th century. 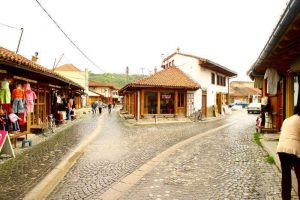 The bazaar is in Gjakova, a city and municipality in the west of Kosovo. The place is also known as Dakovica, so don’t be confused.

This ancient shopping center has many stores and stalls where you can buy all sort of handicrafts. There are also several souvenirs, knick knacks and other items for sale. Although the site is old, some of the items on sale are typical of those in modern stores.

Some of the most popular items are its high quality handicrafts. You can also have coffee there. The center was reconstructed after suffering damage during the 1999 war. Aside from shopping, the Gjakova Old Bazaar also has a 15th century mosque. This in the middle of the complex. This is one of the major attractions at the site.

Around the Neolithic Period, the area making up Kosovo was part of the Vinca-Turdas culture. Archaeological excavations in Rrafshi i Dukagjinit have unearthed Iron Age tombs, but not in Kosovo directly. During the 4th century BC, the place was inhabited by the Thraco-Illyrian tribes of the Dardani.

In 168 BC, the land was conquered by Rome and was incorporated in the Illyricum province. In AD 87, Kosovo became part of the Moesia Superior. By the time of Diocletian, Kosovo was a part of Dardania. However, its western region was included in the Roman province of Prevalitana.

During the rule of Justinian I in the Byzantine Empire, Kosovo was included in the Empire as well as other Roman territories. Most researchers consider him to be the last emperor of Rome. He was the last to attempt unification of the east and the west. It was in the 6th and 7th centuries when the Slavic migrations began taking place.

Airfare to Kosovo costs anywhere from 800 to 1200 USD. The items on sale have different price tags. It is okay to haggle for the price.

After you are done shopping at the Gjakova Old Bazaar, you can check out the other interesting sights around the city. One of them is the Old Haracija Inn. This is a museum / restaurant with information about the city. There are also several traditional houses nearby.

Visitors to the city can also check out the grain market. There you will see embroiderers, silversmiths, saddler makers and quilt-workers at work. 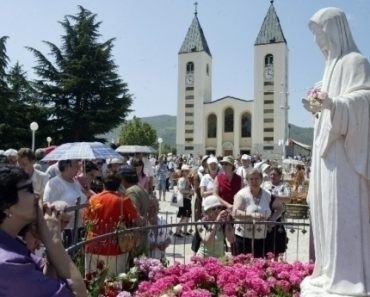