The Hague – Netherlands ranks in 3rd as the largest city in the country.

It is the capital of the Province of South Holland. It is an ideal getaway for those looking for a more laid-back kind of holiday in the country, as opposed to Amsterdam’s livelier and more crowded streets.

The Hague – Netherlands is within the Province of South Holland, in the western regions of the country.

From Rotterdam or Amsterdam, you can take a train going to the railway depot in The Hague.

You can also take your own car rental service from any of these airports. From Rotterdam, take A13 and then make an exit at A12. Drive straight through Utrechtsebaan and then make a left at Zuid-Hollandlaan.

From here, make another left at Koningskade. Drive straight through until you reach the city center of The Hague.

From Amsterdam, take A4 and then exit at A12. Follow same directions as above.

Visiting The Hague – Netherlands, go to the city center first if you want to see the city’s beautiful historical and architectural masterpieces.

Enclosed in a courtyard, you can see various structures constructed between the 13th and 19th centuries. There are guided tours for visiting the Knight’s Hall.

Next to Binnenhof is the Square called Plein. This is where you will find a wide variety of restaurants and coffee shops as well as various historical buildings that now serve as government offices.

There are also museums, gardens and parks in the city that you can check out.

The Hague – Netherlands is considered as the “judicial capital of the world.”

Here is also where you can find over one hundred and fifty international organizations, embassies of different countries, and a variety of European conglomerates.

The Hague was established some time around the year 1230 when the Count of Holland, Floris IV bought a parcel of land for the construction of his hunting residence.

Incidentally, the city is where Queen Beatrix lives.

Entry to museums in The Hague – Netherlands range from 4 Euros up to 7.50 Euros per person.

For a good meal in one of the restaurants here, expect to pay around 30 to 35 Euros.

Mid-range accommodations on the other hand start at 89 Euros per room, per night.

Exploring city on your own is generally safe as there are police surveillance cameras constantly monitoring the city. However, it is advised that you avoid Zuiderpark and Holland Spoor especially at night as streets gangs are known to hang around the area. 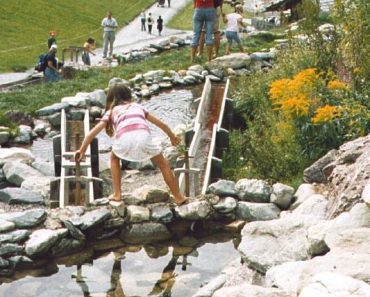