Home
Africa
The Hills of Benue in Gboko – Nigeria

The Hills of Benue in Gboko is one of Nigeria’s most interesting tourist spots. Its location and features showcase some of the best nature has given the country.

The hills can be found in Nigeria’s center belt region. On its eastern border is Taraba State. Edo State is to its west and the State of Plateau on the north. The Cross River and Anambra States are on the south. To reach the site, you have to go to Gboko town. This is in Benue State at the country’s north central region.

The Hills of Benue in Gboko has several fascinating features. The Ikyogen Cattle Ranch is one of the most scenic. Its agreeable climate has made it appealing to animals. All year round they can be seen grazing. Lush greens can also be seen throughout the area.

The place is also known for its assorted hills. Some of the better known locations are Ushogbo Hills, Bassa Hills and the majestic Swern Hills. Each hill has a unique makeup, giving it a distinct color. 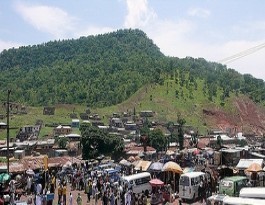 Ushogbo Hills also offers lovely weather, perfect for tourists. Swern Hills is best appreciated for its historicity. Bassa Hills on the other hand, is renowned for its stunning scenery.

Over time, the Tiv people spread throughout the other states including Nasarawa. It was also the location of the Tiv Native Authority headquarters. The remains of Joseph Saawuan Tarkaa, a famous politician, is interred the town. Many of Tiv’s most famous politicians also come from the town.

Trips to Nigeria will be $600 minimum. In all probability, the airline tickets will be much higher than this. This does not include the accommodation and the amenities.

The town is known as the “Gboko-yuhwa”, translated as “heavy town”. It is known for its Tiv Day celebration and the Kwagh-hir Festival. During the Tiv Day Celebration, Tiv people from all over the world come to the town to celebrate.

In terms of beauty, the Hills of Benue in Gboko can easily compete with other nature spots in Africa. The area has not been affected by the activities of man, letting you experience nature at its best.