The Karnak Temple in Egypt dates back as early as 2000 BC. The whole complex was built in honor of Amun. In terms of popularity, it is just second to the Great Pyramid in Giza.

The temple is in Luxor. The quickest and most convenient way is to travel with an organized coach tour. However, you may also avail of the minibus. You can find these at the Luxor bus station. You can also get there via caleche (cart and horse) and taxi.

The complex actually refers to a large area that spans nearly 2 miles. The site has over twenty five chapels and temples. Apart from these, the shrines are also worth checking out. These shrines were constructed for the gods’ boats. During the annual Nile flooding, the statues of the gods were set on the boats as they crossed the river.

There are also columns, obelisks and sanctuaries in the area. Over 30 pharaohs took part in the building and expansion of the site. This makes it the largest complex in Egypt. One of the most spectacular is the Hypostyle Hall. There are over 130 pillars. Each is over 44 feet around. The tallest is 70 feet. The entire hall is 64,586 sq ft.

After a hundred years of war and occupation, the New Kingdom (1550-1150 BC) came into being. The capital was set in Thebes. Several temples were built, the most grandiose being the Karnak Temple in Egypt.

The complex was built for the Pharaoh Amun. Separate areas were built for his wife and children. There was also a special area for the falcon-headed local god Montu.

Building of the complex started in 16th century BC. Building and expansion continued up to the Greco-Roman age, spanning over 1,300 years. A lot is known about these structures because the pharaohs inscribed their works via hieroglyphics.

The pharaoh Akhenaton also built a temple to the sun god Aten. Following the pharaoh’s death, the priests demolished all temples of this god. 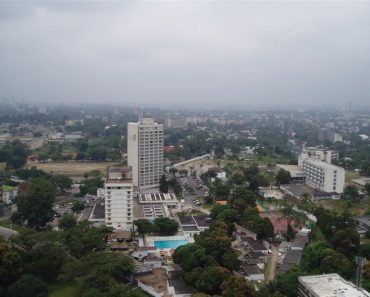