The Kasubi Tombs in Kampala – Uganda are a UNESCO World Heritage Site. Four Kings of Buganda are buried here hence; this is regarded as a sacred site and as a matter of fact, there are certain rules that visitors need to follow as a sign of respect for the dead.

The Kasubi Tombs in Kampala – Uganda are located about 5 kilometers off downtown Kampala, atop the Kasubi Hill.

To get to the Kasubi Tombs in Kampala – Uganda, you can take a minibus from Kampala’s city centre. Ask for one that goes to Hoima Road or Masiro Road. From these points, you can walk uphill going towards the site of the tombs, about a few hundred meters off.

Once you reach the Kasubi Tombs in Kampala – Uganda, you will pass through the main entrance which is the Bujjabukula Gatehouse. As per tradition, the guards watching the entrance are hidden behind a woven screen made of reed from which they can see through to watch who gains access to the tombs. 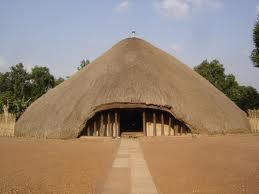 As you pass through the gate, you will immediately see a courtyard where you can find Ndoga-obukaba or the House of Royal Drums.

Finally, as you leave the House of Royal Drums, you will be taken to Olugya or the main courtyard. You can find here dwellings for the widows of the Kabakas and the Muzibu-Azaala-Mpanga which is the building for the main tomb.

Muteesa I was the very first Kabaka to be buried at the site. He was the thirty-fifth King of Baganda. He was buried here some time in the year 1884.

Baganda civilization can be traced as far back as the thirteenth century AD and it is said that the very first Kabaka was called Kintu. Stories have it that Kintu did not die but instead disappeared in a forest.

Tradition has it that Kabakas build their palaces atop hills to give them control over the thoroughfares that lead to the palace. When they die, they are buried in another location where a house will be built to keep his jawbones believed to contain the dead Kabaka’s spirit.

The cost to enter the tombs is 3,000 shillings. Accommodations in Kampala are around $40 up to $80 per person, per night.

Minibus fares are generally around 300 to 500 shillings.

Women are not allowed to wear pants while visiting the Kasubi Tombs in Kampala – Uganda. In cases where a woman is wearing pants, she will be given a cloth to wrap around her waist.

Before entering the buildings, visitors are required to take off their shoes. 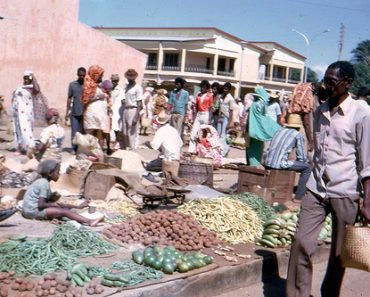