The mosque can be found on the summit of the Saladin Citadel. Take a cab and ask to be taken to Mokattam hill. This is in the middle of Cairo. The mosque is impossible to miss. No matter which side you approach the city, the mosque’s peaks will be visible. You have to climb a flight of stairs to reach the mosque’s main court.

The entry point is at the rear. Women must cover their heads. Everyone has to remove their shoes. You need to carry your shoes because the exit point is opposite of where you came form. Hold the soles together when walking.

What to See in the Mosque of Muhammad Ali Pasha 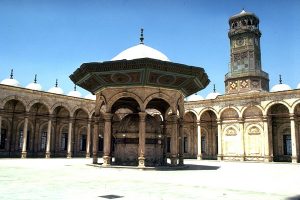 The overall design is done in the Ottoman style and architecture. The roofing is covered with intricately designed mosaics. There are also numerous lanterns and chandeliers projecting from the ceiling. Tourists can also visit the Police museum. It used to be the holding place of President Sadat’s assassins. The toilet is close to the Police Museum.

Just outside the mosque is a bazaar. The Citadel’s high position gives you a lovely view of the city as well. Other buildings are also nearby. These include the Police Museum, Royal carriage Museum and the National Military Museum.

Not far from the courtyard is the prayer hall. The dome is 170 ft over it. The southwest parapet provides the visitor with views of the Ibn Tulun and Sultan Hassan mosques.

A Brief History of the Mosque

Construction of the mosque started around 1830. Work was completed in 1857. The structure was for Mohammad Ali Pasha, one of the last of Egypt’s kings. The mosque is the final resting place of Ali. The structure is also called the Alabaster Mosque because the material was used in the creation. Its 270 foot minarets are among its most striking features.

The admission fee is 50 Egyptian Pounds. This will allow you to tour the entire Citadel. Some travel tour packages to the country will pay the admission price.

There are many attractions in Egypt. But the Mosque of Muhammad Ali Pasha is still one of the top draws. Its unique architecture and rich history has made it a part of most visitors’ itineraries. 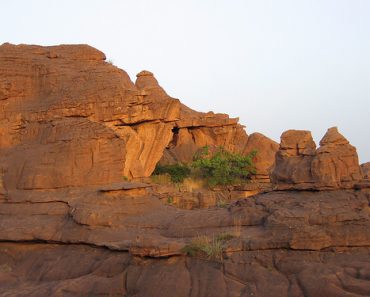