The National Museum of Medieval Arts in Korce (or Korca) is the repository of Albania’s national treasures. There are many museums in the country, but this is the one that tourists frequent.

The museum is in Korce in the Korca district in the country’s southeast portion. It is only a few miles from the Greek capital. You can take the car or any public transportation. Once you get to the city, look for the orthodox cathedral. The museum will be close by.

The museum is full of religious icons and relics. There are also numerous relics around the museum. There are over 7,000 arts and crafts inside the structure. Various religious icons can be seen. Some are made of metal, stone and wood.

The National Museum of Medieval Arts in Korce also has several textile works by the country’s most famous artists. Some of the artists represented are the Zografi Brothers, Selenica, Shpataraku, Kostandini and Onufri. 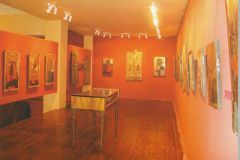 The museum was established in 22 April, 1980. It was designed to display Albania’s national treasures and promote tourism. Today, the museum boasts a huge collection of religious objects and icons.

These represent different periods of Albanian iconography development. As contents have been added, the items have been rearranged. Many of the major icons are displayed in the principal hall.

The admission fee is 200 Leke.

Travel tour packages to Albania can bring you to the site easily. Depending on the travel package you pick, the entrance fee may be included in the amount you pay.