Rome is a city teeming in historical sights, magnificent architectural structures; most notably the ruins of Roman temples and structures.

Here is where you will also find some of the world’s most historical churches and basilicas.

The Pantheon in Rome – Italy display amazing Greek-Roman architecture and is a popular tourist spot in the country, visited by thousands upon thousands annually. 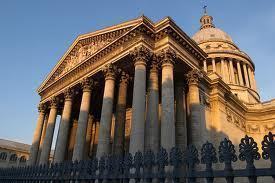 The Pantheon in Rome – Italy is in Piazza della Rotonda, in the Old Rome part of the city.

The Pantheon in Rome – Italy can be reached through the Metro or bus service. If you are taking the Metro, take the one that goes through Fontana del Tritione and then simply walk southwest towards the location of the Pantheon.

If you are taking a bus, you have several options: bus number 64, 170, 62, and 119. Bus 119 takes the Piazza Augusto Imperatore – Piazza della Rotonda route so this may be your best option.

The Pantheon in Rome – Italy is an amazing spectacle with its portico and columns reminiscent of Ancient Greek-Roman architecture.

The walls are twenty-five feet thick. These dimensions alone are already a testament to the amazing design and painstaking labor that went into the construction of this architectural feat.

The doors leading to the interiors of the structure are bronze and once you step inside the premises, one of the things that will first attract your attention is the oculus – a 27-foot opening in the middle of the dome.

This and the entry doors are the only sources of light for the Pantheon. Above the altar, you can see an icon of the Madonna and Child, an original that dates as far back as the seventh century.

Adorning the apse is a mosaic of crosses while the niche located at the right side of the apse is covered in beautiful frescoes.

The walls have tombs where the artist Raphael and Italian Kings Vittorio Emanuele II and Umberto I are buried.

There are also 7 arched nooks inside where there used to stand statues of the Roman gods: Sun, Moon, Mars, Jupiter, Mercury, Saturn and Venus – one for each god.

The Pantheon in Rome – Italy was originally built by Emperor Marcus Agrippa between the 27th and 25th BC but it was later destroyed in a fire around 80 AD. The Pantheon that stands today was built under the instructions of Roman Emperor Hadrian some time around 118 thru 125 AD.

The Pantheon was presented to the Catholic Church some time in 609 BC by Phocas, a Byzantine Emperor. It was after this presentation that the Pantheon was later re-named as the Church of Santa Maria and Martyres.

Today, this is used as a church where special masses and wedding ceremonies are held.

There is no entry fee to visit the Pantheon in Rome – Italy. Accommodations around Old Rome where the Pantheon is located cost about 35 Euros for modest rooms and between 100 up to 200 Euros for mid-range rooms.

More expensive accommodations cost about 200 up to 350 Euros per night, per room.

Surrounding the Pantheon in Rome – Italy are several restaurants, cafes and ice cream shops where you can have refreshments while dining al fresco.

It is open daily, from 8:30 in the morning up to 7:30 in the evening from Monday thru Saturday.

Sundays, it is open from 9 in the morning up to 6 in the evening. 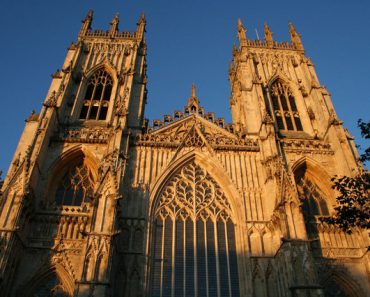