Home
Africa
The Valley of the Kings in Thebes – Egypt

The Valley of the Kings in Thebes (or the Gates of the Kings) is the burial ground of the New Kingdom pharaohs. It is one of the most noteworthy archaeological sites in the world.

The Valley is situated at the back of the Luxor West Bank, right on the hills. From the Valley of the Queens, it is just a walk by the dessert. When you reach over the cliffs, you will see the Valley.
There are boat services that will take you to Luxor. The route is from Luxor to Aswan.

There are also bus services that travel to Luxor. There are also Cairo flights that will fly directly to the city. If you booked a hotel, a shuttle service will take you to your desired location.

What to See in the Valley of the Kings in Thebes

There are signs on all the tombs, explaining their history and architecture. There are three building phases at the site. The most famous is the tomb of Tutankhamun. This is where Howard Carter made his discovery in 1922. 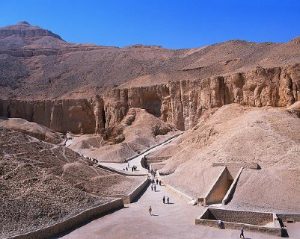 The other tombs include the tombs of Thutmose III, Horemheb, Merneptah (son of Ramesses II) and Ramesses VI. It is one of the most well preserved in the necropolis.

There are other attractions in the area. Taking a short hike out of the Valley will offer views of Hatshepsut’s Temple. Heading back via Deir el-Bahari or Deir el-Medinaalso offers lovely views of the area.

The idea for the necropolis emerged following the Egyptian victory over the Hyksos. The valley on Luxor’s West Bank was chosen as the burial ground. The decision seems to have been reached during the reign of Ahmose I. The site was used for burying Egyptian rulers from 1539 BC to 1075 BC.

There are over 60 tombs there. The oldest belongs to the Thutmose I. The last to be buried there was Ramesses X. In ancient times, the site was known as the Great and Majestic Necropolis of the Millions of Years of the Pharaoh, Life, Strength, Health in the West of Thebes.

For LE 70, you get to examine three tombs. Extra tickets have to be bought to see more tombs. The Tutankhamun has a separate ticket costing LE 100.

A travel package tour may cost as much as 225 or 300 LE per person. But this will include the food, drinks, a tour guide and the transportation. The Valley of the Kings in Thebes is open everyday in the summer from 6am-6pm. During the winter, it opens 9:00 am to 5:00 pm. 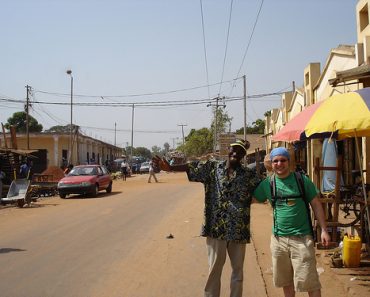