The tourist attractions at the Doha zoo is the reason why it is one of the most visited sites in Qatar. There is plenty to see for everyone, be it children or adults. 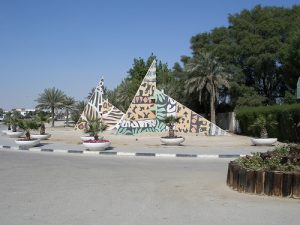 The zoo is located in Furousiya Street, Doha 820, Qatar. Drive to Salwa Road and go to the big roundabout along the industrial site. It is known locally as the fort roundabout even though there is no fort. Make a right and get on Al Furousiya Street. Keep following the road until you see the zoo by your left.

The zoo has thousands of animals including antelope, deer and gazelles. There are several big cats in the zoo, as well as elephants. There are also species native to Qatar in the zoo like the Oryx and ostriches.

Some of the biggest tourist attractions at the Doha zoo are the pools, flowers and the landscape. There are also several birds in the zoo. Many of them come to the site because of the trees. The zoo also has a playground for children. There are also Islamic style gardens in the area.

The Stone Age people were the first to settle in Qatar 50,000 years ago. Evidence for their stay include settlements and coastal encampments. There are also artifacts from Wusail that have been excavated. Other relics from the Al Ubaid culture of Mesopotamia have been discovered too. These consist of burial mounds and rock carvings.

The Dilmun civilization may have influenced the site. Before oil was discovered in the area, there is no evidence of continuous habitation of the site. The peninsula however, was utilized as rangeland by some tribes from Saudi Arabia.

There are also pearling and fishing settlements set at the site. Over the course of several centuries, the peninsula would come under the rule of many empires.

There is a motorized tractor that will take you on a tour of the zoo. The zoo is quite large, so this vehicle will definitely come in handy. Aside from birds and animals, there are also reptiles in the place.The zoo covers an area over 42 acres. There are also several baboons and giraffes in the site.