Timgad in Batna Algeria is filled with numerous archaeological ruins, mostly from the Roman times. Whether you are a history buff or not, the remains will leave a lasting impression on you. 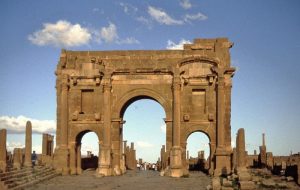 The site is situated 35 kilometers east of Batna. You can reach the site by public transportation. Your tour operator may also provide the vehicle.

The ruins are best known for showcasing the grid plan used by the Romans when making a city. The grid plan can still be seen via the orthogonal layout. This is characterized by the cardo and decumanus maximus lined by the Corinthian colonnade. The cardo culminates at the forum at the decumanus intersection.

At the west end of Timgad in Batna Algeria, the decumanus rises to a height of 39.6 feet in a triumphal arch. This arch is mostly sandstone. With three arches and of the Corinthian order, the middle one is 11 inches wide.

One of the most spectacular sights is the theater. It can seat up to 3,500 people. It can be utilized for modern productions. Some of the more prominent edifices on the site are the basilica, the library and four thermae.

The city was established in 100 AD. Under orders from Roman emperor Trajan, it became a military colony. Its role was to be a bastion versus the Berbers. For centuries it enjoyed peace and prosperity. During the 3rd century, the city became a hotbed for Christian activity. In the fourth century, it was a Donatist center.

The Vandals sacked the place in the 5th century. In 535 AD it fell to the Byzantine rulers and was reoccupied. The following century it was destroyed by the Berbers.

From the 7th century onwards, the city was neglected. It would be covered up by sand up to a meter high. This helped in preserving the site. Also helping in the preservation was the encroachment of the desert.

The entrance fee is 20 dinars.

The Capitoline Temple is the same size as that of the Roman Pantheon. Not far from the capitol is a church. This has a circular apse. It dates back from the 7th century AD. On the southeast area is a Byzantine citadel. It was constructed much later.

Timgad in Batna Algeria was designated as a UNESCO World Heritage Site in 1982. While there are many archaeological sites worthy of visit, this is one site you will not want to miss. 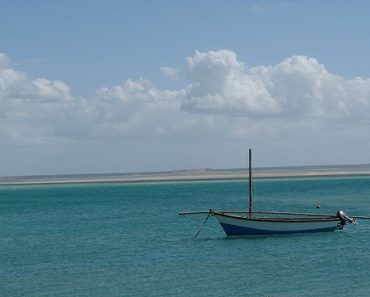