One of the countries in South-Central Asia, Afghanistan has an improving tourism. The tourism industry is an important contributor to the country’s economic growth. To enjoy the tourists’ vacations in the country, they should spend time visiting the top 10 tourist spots in Afghanistan.

Also known as the Friday Mosque, the Masjet-e-Jam in Heart is 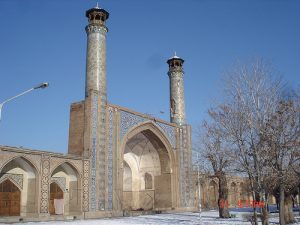 one of the finest and most popular Islamic sites in the world. Inside the mosque, tourists can see a big bronze cauldron as well as a Sherbet receptacle. Moreover, the place features Sultan Ghiyas-ud-din’s tomb.

The Gardens of Babur in Kabul features several plant species. The tourist destination is also the place where the remains Moghul Emperor Babur were buried. In the gardens, people can find a small but attractive mosque.

The Bot-e-Bambiyan features popular Buddha statues from the 3rd century and the 5th century. The heights of the statues are 36 meters and 53 meters. This place is considered as one of the major archaeological places in Afghanistan.

The Mausoleum of Ahmed Shah Durrani

Found in Kandahar, the Mausoleum of Ahmed Shah Durrani is one of the significant historical monuments in the place. Ahmed Shah Durrani played an essential role in the history of the country because he led numerous territorial campaigns from 1747 to 1772. 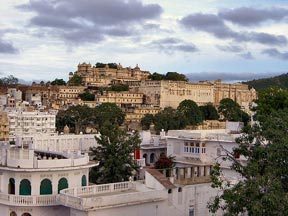 The Sultan Masood Palace in Ghazni was constructed in 112 A.D. Inside the palace, people can find antique furnishings. The palace has soldiers’ quarters, government offices and a throne room. It also features several small but beautiful gardens.

The Museum of Islamic Art

The Museum of Islamic Art in Ghazni became open to the public in 1966. This tourist spot displays the Timurid architecture. Numerous collections of artifacts and antique items are stored and featured at the site such as bronzes and ceramic tiles. The remains of Sultan Abdul Razaq were buried in the museum.

The Shrine of Baba Wali

Located in Heart, the Shrine of Baba Wali provides a relaxing view of the Arghandab River. Near the shrine, tourists can find other attractive tourist spots including the Elephant Mountain. The site is open to public seven days a week.

Also called as the Town of Noise, Shahr-e-Gholgola in Bamiyan features the ruins of a wealthy city that existed in the 5th century and 7th century. One of the nice attractions at the town is the historic citadel where the massacre of the residents in the place led by Genghis Khan started.

The Mousallah Complex in Heart features the ruins of the ancient madrassa. At the site, people can find 12 minarets. In addition, this tourist destination is also the place where Gaur Shad’s mausoleum were constructed. 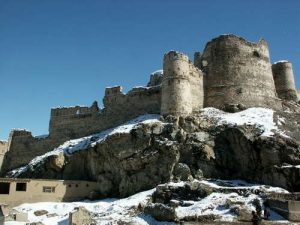 The Kabul Bala Hisar is a historic town that has a very strong and complex defensive system. One of the interesting places in the town is the fortress, which was used as a military college since 1939. Within the premises of the town, people can find the residences of popular emperors and Afghan rulers.

Afghanistan features numerous historic and archaeological sites. To have a notable travel to the country, it is beneficial if foreigners visit these tourist destinations.