One of the top 10 tourist spots is the White Spring, which is found between the Kunora mountain and the Didha mountain. 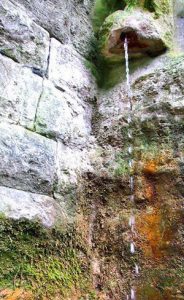 Many people visit this attraction because the water in the spring has curative properties for different illnesses like urinary tract infection, infections in the stomach and kidney diseases. Aside from swimming, visitors can try other activities in the place like having picnics and trekking.

Another attractive tourist site in the country is the Lekures Castle. This tourist spot is located at a hill along the coast of Ionia in Saranda town. The place was constructed by Sultan Suleyman in 1537. The site provides a nice view of the Saranda Harbor. Inside the castle, guests can find a popular restaurant that specializes in local dishes.

The National Museum of Medieval Art

The museum is a very interesting place to visit in the City of Korca. The site plays home to thousands paintings, sculptures and engravings. In addition to these, guests can see at least 7,000 cult materials. Moreover, people can also have ideas about the metal works and textiles made during the Medieval times in Albania.

This national park, which was located in the City of Butrint, 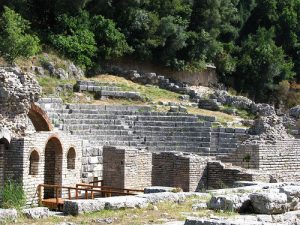 features an archaeological site where remains from the Bronze Age until the 19th century were recovered. Inside the park, visitors can find different attractions like the Lake Butrint, Venetian castles as well as the Vivari Channel.

This attractive tourist spot is situated on a hill at the Osum River bank. The place has three small entrances and a spacious courtyard. Inside the castle, people can find small buildings constructed in the 13th century. Aside from these, it also features a mosque, 20 churches and a garrison.

A popular castle surrounded by the Drini and the Buna river, the Rozafa Castle is a few-minute drive from Shrokder City. The structure has a height of 130 meters. It was constructed in 350 BC. One of the most popular features of the castle is the strong pillars and walls. Since it was established on a hill, the site provides a relaxing view of the two rivers.

Situated at the City of Gjirokaster in the southern part of Albania, the Gjirokaster Castle features a military museum that houses memorabilia and artillery of the Communist movement against Germans. The museum also plays home to a plane of the U.S. Air Force used in the movement to honor the contribution of the western powers to the historical event.

One of the most notable places in the City of Pogradec, the Pogradec Castle has a height of 205 meters above sea level. Tourists who want to relax can visit the place because it has an attractive view of the Lake Ohrid. Other nearby attractions include the Terziu Bridge and the Zemce Castle.

This mosque, which is located in the center of Tirana, was constructed in 1823. Inside the tourist spot, guests can have a relaxing time because it features numerous Islamic arts including still life paintings. Islam devotees are also welcome to join the daily prayers held in the place.

The City of Durres

When visiting Albania, do not forget to allot time to visit the country’s port city, the Durres City. The city plays home to various theaters including the Estrada Theater and the Aleksander Moisiu Theater. In addition, travelers can look at numerous Albanian artworks featured at the Museum of History as well as the Archaeological Museum.