The tourist spots in Austria are both numerous and varied, ranging from cultural / historical landmarks to sports / leisure activities. Here are some of the things to see and do.

Salzburg is best known as the birthplace of Mozart. Aside from his residence, other attractions are the Salzburg Cathedral, Hohensalzburg Castle and St. Peter cemetery. Also worth visiting are the “Residenz” Palace and the University Church.

With a height of over 1240 feet, it is the longest waterfall in the continent. It is notable for its rapids. It is one of the most breathtaking natural wonders in Europe and a very popular holiday destination.

The capital of Tyrol, Innsbruck is recognized worldwide as a center for winter sports and activities. One of the major tourist spots in Austria, Innsbruck is popular among skiing enthusiasts. Other attractions in the area are the Schloss Ambras and Riesenrundgemalde museums.

Situated between Krems and Melk, Wachau is one of the most visited sites in the country. Among the many landmarks there, the Durnstein is one of the most renowned, being the place where Richard the Lion Heart was captured by Duke Leopold V. This valley is also known for its wine and apricots.

Just south of the Danube, this hill country is situated by Mautern and Melk. Among the tourist attractions there are the Church Mauer bei Melk, Roman bridges and a carving altar. Like Wachau, the place is known for its vineyards. 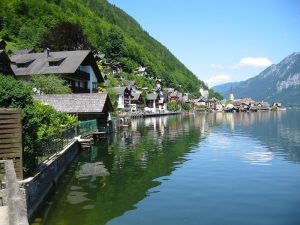 Situated in Salzburg, Wolfgangsee Lake is one of the most well known in the Salzkammergut resort area. It has a surface area of 12 sq km and is 114 m deep. The surrounding towns like St. Wolfgang and St. Gilgen are among the most fashionable resort towns in the country.

Vienna is home to a large number of tourist attractions. Among them are the Hofburg and Schonbrunn palaces. Museums are among the most admired tourist spots in Austria and there are over 100 of them in Vienna. Beethoven’s burial site at Zentralfriedhof is also frequented by tourists.

Over 200 balls are held in the capital annually. The main venue is the Hofburg Palace. Apart from the well known Opera Ball, other anticipated balls are the Kaffeesiederball, the Rudolfina Redoute and the Jagerball. 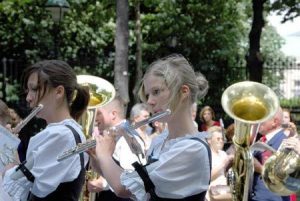 The Vienna Festival takes place from May to June and features drama and opera. Other popular festivals are the Salzburg Festival held in August and the Innsbruck Festival. This festival focuses on Baroque opera and takes place in July. In the Tirol Easter Festival, the concerts and dances focus on various types of music around the world.

The activities and tourist spots in Austria showcases the rich cultural heritage of this country. With its varied attractions, there’s something in store for anyone who visits.