The tourist spots in Bangladesh are still not that well known, but anyone who visits the country will learn there’s plenty to see in the country. Here are the major attractions in Bangladesh.

Located in the heart of Rajshahi City, the museum has over 6,000 manuscripts and 20,000 books. Most of them are available in several languages, including Persian and Sanskrit. There are also numerous works that depict the history of the land.

The Central Park and Zoo

Also found in Rajshahi, the zoo is home to a variety of different species, assorted plants and flowers. The zoo itself is situated near the River Padma. The zoo is adjacent to a lush green park.

One of the most magnificent tourist spots in Bangladesh, the complex has the greatest number of ancient temples in the country. 23 km east of Rajshahi, these edifices are set in a variety of styles. The temples are arranged around a body of water. 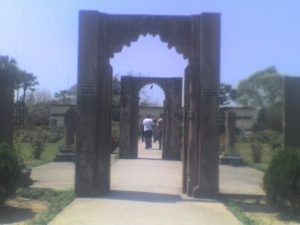 The most ancient archeological site unearthed in the country, it is here the remains of Pundranagara City were uncovered. Some of the ruins date back to the 3rd century BC. Among the findings are stone carvings of the Buddha, coins and mosque ruins.

A UNESCO World Heritage site, the monastery is in Paharpur, Naogaon. There are 177 cells and a stupa in the middle. Encompassing 27 acres, artifacts, inscriptions and sculptures have been unearthed at the site. There are also other temples in the complex.

Another one of the major tourist spots in Bangladesh is the Kantaji Temple (or Kantajew). Built in 1772 CE, the temple was constructed in a nine-spired manner. The temple covers 52 sq ft and remains one of the grandest Hindu temples in Bangladesh.

Built in Bagerhat in southern Bangladesh, the mosque is known locally as Shait Gambuj. The walls are set in the Tughlaq style and very thick. The temple contains 60 domes, all set low. It is the largest mosque in the country.

Located in the Chittagong Division, the district got its name from Cox’s Bazar, a 120 km long beach. The beach is one of the most remarkable tourist spots in Bangladesh, but there are other attractions in the area as well. Aggmeda Khyang, a Buddhist monastery, is in the area, as is Himchori, a beautiful picnic site. 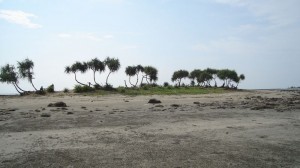 Not far from Himchori is Inani Beach. Aside from the pristine waters, the beach is also known for its coral boulders. It also isn’t far from the Himchori waterfall.

The tourist spots in Bangladesh are not as renowned as those of its neighboring countries. But if you want to experience something different, it will appeal to your sense of adventure.