The finest tourist spots in Belgium are without question comparable to other landmarks around the world. The attractions vary from natural wonders to historical landmarks and more.

Church of Our Lady

Dating from the 13th to 15th centuries, the Church of Our Lady is home to several works of art including the Crucifixion by Anthony van Dyck, the Supper at Emmaus and Deposition of the Cross among others. The tombs of Charles the Bold is also there. 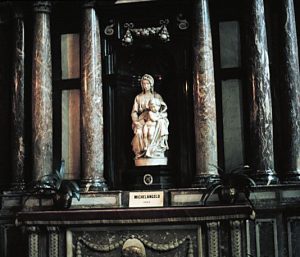 This marble sculpture within the Church of Our Lady is one of Michelangelo’s finest works. Unlike other depictions of the Madonna and Child, here Jesus is standing and Mary looking downwards. The design makes it one of the most striking of all ancient sculptures.

A beguinage refers to a building used by the Beguines Catholic sisterhood. Comprising some of the finest tourist spots in Belgium are the beguinages of Bruges, Lier, Antwerp and Tongeren.

The Basilica of the Holy Blood

Located in the Burg square, the Basilica of the Holy Blood is a structure dating from the 12th century. Comprised of an upper and lower chapel, it is the home of a relic blessed by Joseph of Arimathea. The relic is paraded yearly. 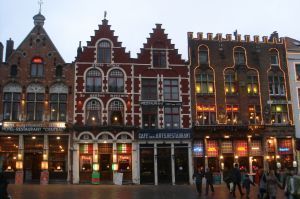 The museum contains six centuries worth of Flemish and Belgian art. There is an extensive collection of Renaissance art. Also featured are works of Jan van Eyck, Adriaen Isenbrandt, Nicolaes Maes and other renowned artists.

The well conserved medieval architecture in Ghent makes them some of the top tourist spots in Belgium. Among the notable structures there are the Graslei harbor, the Gravensteen castle and the Saint Bavo Cathedral.

Among the most popular are “10 Days Off” musical festival, the Flanders International Film Festival and the Gentse Floralien. The latter is a botanical show that occurs every five years.

The Ardennes is an area comprised of ancient mountains, hills and numerous forests. The forests make up a majority of the area, with the mountain peaks reaching up to 650 m (2,132 ft). The area is also known for the Battle of the Bulge which took place in 1944.

The diverse architecture in Brussels makes it one of the ideal tourist spots in Belgium. One of the most famous is the Grand Place, featuring the Gothic town hall. The Royal Palace, Laken Castle and the Gudula Cathedral are other major attractions.

The 338 ft tall Atomium, the Manneken Pis fountain and the Statue of Europe Unity in Peace are also found within the city. Other beautiful landmarks are the Cinquantenaire Park, Basilica of the Sacred Heart and the Palace of Justice.

The Royal Museums of Fine Arts

The Royal Museums of Fine Arts in Belgium is one of the premiere locations for Flemish art. The collection includes works by Robert Campin, Rogier van der Weyden, Jordaens and Bruegel.

The popular tourist spots in Belgium have made the industry a vital component of the country’s economy. In 2005 alone, nearly 7 million people visited Belgium.