Colombia features several UNESCO World Heritage Sites that many foreigners like to see. Aside from these, the country plays home to numerous natural and cultural attractions. Described in this article are the top 10 tourist spots in Colombia. 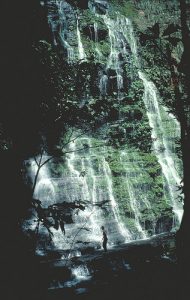 Situated at the northwest part of the country, Los Katios National Park is a UNESCO World Heritage Site. The park represents extraordinary plant and animal species. One of the interesting and relaxing activities that can be done at the park is bird watching.

Another World Heritage Site in the country is the Cartagena de Indias at Colombia’s northern coast. Some of the beautiful spots at the site are the Steps of La Popa, Castillo de San Felipe and the Palace of the Inquisition. The site is also popular for featuring several libraries including the Hispanic Culture and History Library as well as the Bartolome Calvo Library.

Situated 235 miles from the Pacific coast of the country, the Malpelo Island features three high peaks including the Cerro de la Mona. Another attraction at the island is the Malpelo Nature Reserve, which is a wildlife and plant sanctuary. Some of the species present in the island are hammerhead sharks and the Smalltooth sand tiger.

The Jose Celestino Mutis Botanical Garden is found in Bogota. It features numerous exotic plant species such as the Palma de cera and the Amazonian Victoria Regia waterlily. Other species found at the garden are magnolia, pine and oak.

A theme park in Montenegro, the Colombian National Coffee Park has a coffee process museum and coffee based food stalls. The other ecological attractions at the site are the beautiful gardens and the exciting horse rides. The mechanical attractions include the splash ride, the chairlift and the panoramic gondola lift.

An underground church in Cundinamarca, the Saint Cathedral of Zipaquira has three sections, namely The Stations of the Cross, The Dome and The Three Naves. In addition to these, the place features the Salt Park, which is popular for The Brine Museum and The Salt Auditorium.

The Jorge Eliecer Gaitan Museum is found in Bogota. Some of the collections inside the museum are the personal objects of Gaitan. His remains were buried at the garden of the museum. The place also features the books owned by Gaitan. 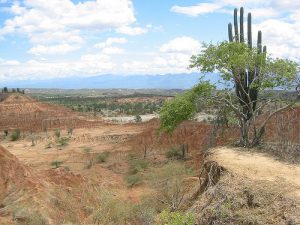 Located at Huila, the Tatacoa Desert is visited by travelers for astronomical observations. The total area covered by the desert is 300 square kilometers. Some of the species that can be seen at the place are scorpions, snakes and lizards.

With these tourist destinations, foreigners can admire the natural beauty of Columbia. To have an exciting visit to the places, tourists are advised to travel to the sites during fair weather.