One of the most developed industries in Croatia is the tourism industry. The country received 10 million tourists in 2005. Travelers who plan to have a remarkable vacation should go to the top 10 tourist spots in Croatia to admire the beautiful sites in the country.

The Diocletian’s Palace is one of the UNESCO World Heritage Sites in Croatia. The structure was constructed at the fourth century AD. Inside the palace, guests can see the Temple of the Aesculapius and the Cathedral of Saint Dominus. Other attractions in the palace are the sphinxes and Egyptian granite columns.

One of the national parks in Croatia, Plitivice Lakes National Park is situated at the Lika region. At the park, visitors can see numerous lakes. Aside from these, this tourist spot features natural dams and travertine caves. Some of the species found at the site are European brown bear, wild cat, eagle as well as capercaillie.

The Cathedral of Saint James is located at Sibenik. The construction of the structure started in 1402 and it was finished in 1536. The place features sculptural decorations. Aside from these, guests can also see small human heads inside the cathedral.

Situated at the Hvar Island, the Stari Grad Plain features crops like olives and grapes. The plain is considered as one of the natural reserves in the country. The plain depicts the Greek agriculture system. Some of the main attractions in the site is the storage cisterns and gutters used in the rainwater recovery system.

The Euphrasius Basilica is found at the town of Porec. Many devotees visit the place because it features Saint Maurus’ remains. Inside the basilica, tourists can find religious paintings and monuments. Classical music concerts are held at the place every summer.

The Pula Ampitheater is situated at the center of Pula. Knights’ tournaments and gladiator fights were held at this site in the 15th century. The seating capacity of the place is 20,000. The underground passages at the site features remains of the local olive industry operated in the early times.

The largest island in the country, the Krk Island features hotels, resorts and campgrounds where tourists can stay. The island is very accessible, which makes it more popular to travelers. This island features several beaches. Remains of the Roman era are also seen at some parts of the island.

One of the old settlements in Croatia, Baska is found at the southern part of the Krk Island. It is a fishing village, which plays home to the best resorts and hotels in the island. It is also famous for having a pebble beach that has a length of a mile. At this tourist destination, people can find 16th century houses.

Cathedral of the Blessed Virgin Mary and Treasury Description

The Cathedral of the Blessed Virgin Mary and Treasury Description in Dubrovnik features paintings done by Dalmation and Italian artists. Inside the cathedral, guests can see several Christianity relics. In addition, the cathedral houses 138 silver and gold reliquaries. 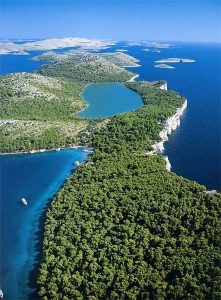 The Kornati National Park in Zadar is composed of 147 islands. The island has a length of 15 miles and a width of 1.5 miles. The island plays home to rare marine species. Some of the exciting activities that can be done at the park are scuba diving and yachting.

The top 10 tourist spots in Croatia depict the way of life of ancient settlements in the country. To know more about the heritage of Croatians, it is beneficial to see the other tourist destinations in the place like the Paklenica National Park and the Church of Saint Donat. 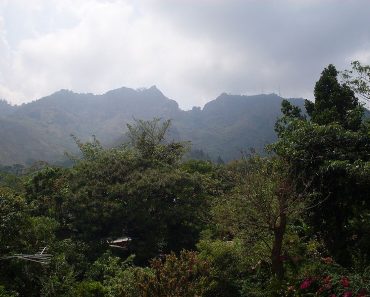