The tourism industry is a great contributor to the economic performance of Denmark. Foreigners who wish to visit should take a look at the top 10 tourist spots in Denmark. Below is a list of the most popular destinations in the country.

One of the popular amusement parks in the world, the Tivoli Gardens is situated in Copenhagen. The park is famous for featuring thrilling rides like a wooden rollercoaster named Rutsjebanen, a loop called The Demon and a carousel called Himmelskibet. Other features at the site are the Pantomime Theater, the Tivoli Guard and the Tivoli Concert Hall.

If you want your children to have a memorable visit to Denmark, it is best to go to Legoland in Billund. This place is an attractive and very popular amusement park in the country. It features different rides including the Miniland, the Frog Hopper and the Kennedy Space Center.

Another amusement park to see in the country is Bonbonland. This park is known for its Fantasy Land World, which features exciting rides and interesting shows. Some of the attractive features of the land are the Pirate Trail, the Pirate Ship and the Makunan Path.

The Aalborg Zoo plays home to numerous wildlife species in the country. These include chimps, polar bears and orangutans. Children can also enjoy the Safari Simon show and a visit to the African Village.

Denmark features numerous amusement parks including the Djurs Sommerland in Nimtofte. The park is known for the Colorado River ride. Another exciting ride here is The Pirate, which is included in the list of the best roller coasters in the world.

Tourists who want to enjoy their stay in the country should see the Copenhagen Zoo. This place features a zoological garden that covers a total land area of 11 hectares. The zoo is especially known for the Elephant House. Some of the rare species at the place are the Tasmanian Devils, the Amur tiger and the Amur leopard.

Travelers who want to have a memorable vacation with their families should see the Faarup Sommerland. The interesting rides at this park include the Wet Racer, the Aquapark and the Surf Hill. Aside from these, guests can also enjoy the Wave Pool and the Falken.

Another top tourist destination in the country is the Odense Zoo in the City of Odense. Some of the attractions in the zoo are the Jesperhus Flowerpark, the Kattegat Center and the Randers Regnskov Tropical Zoo. Guests can also have a nice time at Denmark’s Aquarium as well as the Fisheries and Maritime Museum.

If you want to know more about the culture of people living in the country, the Louisiana Museum of Modern Art is one of the places to see. It is found at Oresund Sound in Humlebak. The collections include sculptures made by popular artists like Andy Warhol and Henry Moore. In addition, it features videos of World War II. 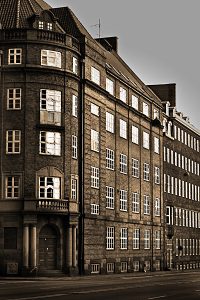 Also known as the Deer Park Hill, Dyrehavsbakken is an amusement park in Lyngby-Taarbak Kommune. The rides at the park include the Tornado and the Mine Train Ulven. The other attractions at the park are the slot machines and the carnival-style games.

By going to these places, tourists can have a notable and remarkable visit to Denmark. To spend more memorable and quality time with loved ones or friends, tourists can also see the other attractions in the country like the Rosenborg Castle and the Round Tower.