There are several interesting tourist spots in England, and the following are among the most well known. If you’re going to visit the country, you might want to check these out. 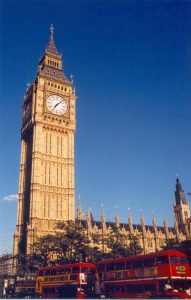 Located to the north of Westminster Palace in London, Big Ben is the moniker for the bell of the four faced chiming clock. The tower is 96 meters tall and the bell weighs 13 tons. Constructed in 1834, the clock has become a symbol of England itself.

This town is some 22 miles southeast of Birmingham, and is known as the birthplace of Shakespeare. Not surprisingly, its main attractions are connected to the man. Among them are Hall’s Croft (former residence of Shakespeare’s daughter) and the New Place, which once belonged to Shakespeare. Another tourist spot in England is Holy Trinity Church where Shakespeare was baptized.

Located in Nottinghamshire, Nottingham is the home of Sherwood Forest and the legends of Robin Hood. Other sites worth visiting are Nottingham Castle and the City of Caves. The 500 acre Wollaton Park is another major attraction.

Stonehenge is comprised of large stones arranged in a circle. No one knows who built them or the purpose. Most archeologists believe it was built c. 2500 BC. The monuments are in Wiltshire County 3 km west of Amesbury. 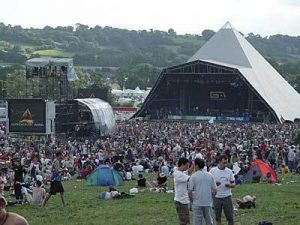 Situated along the moors of Somerset County, it is 25 miles southwest of Bristol. One of the most famous tourist spots in England is the ruined abbey built in the 14th century. Tourists also visit Wirral Hill, said to be the resting place of Joseph of Arimathea.

Located in Canterbury City, it’s most famous landmark is the Canterbury Cathedral. The church was the site of Thomas Beckett’s death. The ensuing pilgrimage became the inspiration for Chaucer’s tale. Other attractions are ruins from Roman times and St. Augustine’s Abbey.

One of the finest exponents of the Gothic style, Wells Cathedral was built in the 10th century. Its collection of stained is glass is extensive. Home to the tombs of bishops and nobles, the cathedral can be found at Wells in Somerset.

This moorland encompasses 368 sq mi and boasts some of the best tourist spots in England. These include the Black Tor Beare woodland, Brentor Church and Childe’s Tomb. Its peak is at High Willhays, while the river gorge known as Tavy Cleave is near Mary Tavy.

Named as the 2008 European Capital of Culture, Liverpool has more art galleries and museums than any city in England (excluding London). It also boasts several edifices dating from the 18th century, several of which are among the finest in the country. The city is also famous for its football team and their association with the Beatles. 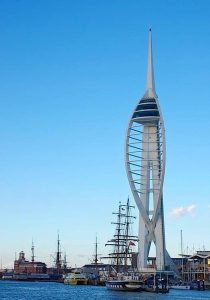 As a naval dockyard, Portsmouth’s main attractions are its ships. These include the HMS Victory and the HMS Warrior. Other famous tourist destinations are the Gunwharf Quays Centre and the Spinnaker Tower.

Given the number of tourist spots in England, it’s hardly a surprise that millions flock to visit the country yearly.