Estonia holds surprises and mystery for the lucky tourist brave enoughh to vacation in this super country. Listed below are the top ten tourist spots in Estonia.

This tourist attraction actually refers to the Tallinn’s old town. The place is actually quite historic since it dates as far back to the 13th century. The town was established after the defeat of the Teutonic Knights. It is quite easy to get a medieval feel once you visit the old town of Tallin.

This tourist attraction is located right smack in the center of Tallin City. It is a limestone hill that stands up to 30 meters high. It is one of the major centers of parliament and the government of Estonia. It is commonly believed that the very first castle in the territory was actually built on this hill sometime in the 11th century. 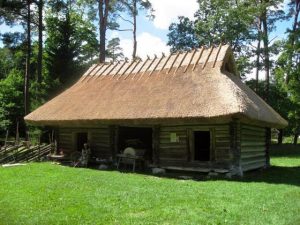 This museum was established in 1957 but was opened to visitors only in 1964. This is one of the very few open air museums in the whole of Europe and perhaps even the entire world. Visitors flock to this tourist attraction every year. The scenes depicted here capture how life was back in the 18th century.

This church is otherwise known as St. Mary’s Church and is one of the oldest churches in Estonia. It was founded way back in 1219 and was established by the Dutch. It features a baroque pulpit that was constructed in 1686. It also features an antique organ that dates back to 1780.

This park has a land area of about one hundred hectares. This tourist attraction is very picturesque complete with landscaped gardens. One popular attraction of this park is known as the Swan Lake. The immediate area surrounding this park has long been considered as a popular tourist resort. The park was designed by an Italian architect by the name of Niccolo Michetti.

This is one of the well loved art galleries in Estonia. It is also dubbed as the dwelling place of naive art. It features the works of one of the youngest artists in the country, Navitrolla. The collection has been described as a mix of both the present and the past. Navitrolla’s works are on sale at the gallery.

This church is situated in one of the old villages in Estonia. This church is pretty old, which dates back to the 8th century. An interesting feature of this church is the medieval frescos that are marvelously preserved to this day. Among the middle age church surviving today, the Ridala Church is one of the best preserved religious buildings in our time.

The original town hall was located in the country’s capital, Tallin. It was originally built in the 13th century. It was replaced between 1402 and 1404. It served as the home of the city’s administration. 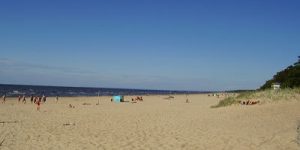 This tourist attraction is one of the really old towns in Estonia. It is situated on the country’s northern coast near the Baltic Sea. From here you can easily spot the Russian border. It used to be a spa town which was rather quite popular back then.