Tourism is one of the sectors that contribute to the advancing economy of Ireland. This place features different attractions where travelers can enjoy and relax. Listed below are the top 10 tourist spots in Ireland. 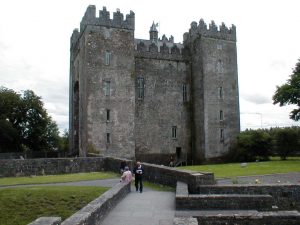 One of the tower houses in the country, the Bunratty Castle is found at the heart of the village of Bunratty in County Clare. The castle served home to the different leaders of the place including Thomas de Clare and Sir Thomas Rokeby. Near the castle is another tourist attraction, the Folk Park, which features reconstructions of historical buildings as well as cottages.

Included in the list of the UNESCO World Heritage Site, the Giant’s Causeway is found at Northern Ireland’s coast. The tourist spot features red ballistic prisms and basalt columns. Other attractions at the site are the Shepherd’s Steps, the Giant’s Harp and the Camel’s Hump.

The Gleanveagh Castle can be found at County Donegal. The castle features gardens of pine trees as well as ornamental rhododendrons. John Adair established the place. Other attractions within the premises of the castle are golden eagles and red deer.

A mountain range that can be found at County Down, Mourne Mountains is Northern Ireland’s first national park. Some of the activities that can be enjoyed at the place are rock climbing, cycling and hiking. Inside the park, guests can see the popular Silent Valley Reservoir. 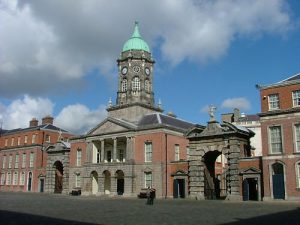 The Dublin Castle near Dame Street in Dublin is popular for the attractions inside the tourist spot such as the Bedford Tower. The other attractions at the place are the Record Tower and the Throne Room. Visitors can also see the beautiful State Dining Room and the State Drawing Room.

The Killarney National Park is one of the attractions in County Kerry. The place is famous for having oak woodlands, wet woodlands and yew woodlands. At the park, visitors can see numerous plant species like the Blue-eyed Grass and the strawberry tree.

Situated in Cork, the Saint Finbarre’s Cathedral features different attractions like the Organ Console. The sanctuary roof of the cathedral is made of gold leaf as well as copper. Another attraction at the site is the Burges’ Resurrection Angel.

The National Library of Ireland is situated in Dublin. It has collections of newspapers, books and magazines that are important to the history of the country. The place is also adjacent to other tourist attractions like the National Photographic Archive and the National Museum of Ireland.

The Phoenix Park is one of the most popular urban public parks in Europe. Some of the important features of the park are the Papal Cross, the Zoological Gardens and the People’s Gardens. Aside from these, people can also see the Deerfield Residence and the Aras un Uachtarian.

The Cliffs of Moher is found at Liscannor. The height of the cliffs has a height of 394 feet. The attractions at the site include the O’Briens Tower, the Twelve Pins and the Goat Island. The cliffs play home to different animal species like shags, hawks and guillemots.

To have an enjoyable and notable stay in Ireland, it is best to see these attractions. It is also advantageous to spend some time at the other tourist destinations in the country including the Brownshill Dolmen and the Beara Peninsula. 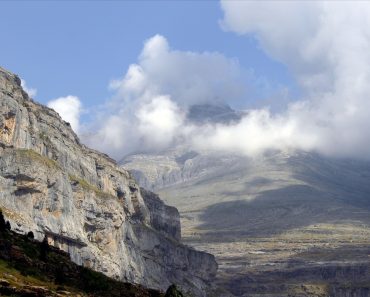