Also known as the Colloseum, the Roman Coliseum is one of the top 10 tourist spots in Italy that is located in Rome. This place was used by early Romans to hold public spectacles as well as gladiatorial competitions. The building is popular for its historic value as well as unique interior and exterior architecture. The length of the central arena is287 feet while the width is 180 feet. The seating capacity of the coliseum is 50,000.

One of the top 10 tourist spots in Italy is the Roman Forum, which is situated between the Capitoline Hill and the Palatine Hill in Rome. Tourists who want to learn more about the culture of the place will have a nice time at this site because it features the oldest structures in the area like the Vestal virgins and the former residency of the political leader of the ancient Rome.

The Pantheon is included in the list of the top 10 tourist spots in Italy. This building was constructed by Marcus Agrippa in the 2nd century AD. The place is very popular for featuring monolithic granite columns and different sculptures including The Madonna of Mercy as well as the Saint John the Baptist.

Piazza Campidoglio is the center of politics of the ancient Rome. This historic tourist destination is found at the Capitoline Hill in Rome. Tourists can see various interesting and attractive statues in the place including the statue of Pollux and the statue of Castor.

A popular and beautiful fountain at the Trevi rione in Rome, the Trevi Fountain has a height of 85 feet and a width of 65 feet. One of the simple activities done at this place is coin throwing. Some people who visit the place believe that if they throw three coins in the fountain they will have new love and if they throw two coins, these can lead to divorce or marriage.

Venice’s Grand Canal has a length of 3,800 meters and a width of 30 to 90 meters. It is popular because many exciting events are held at this place such as the Feast-day of the Madonna della Salute and the Historical Regatta. People can view different attractive sites along the canal while boating. These include the Palazzo Dona and the Rialto Bridge.

One of the famous historic structures in Verona, the Basilica di San Zeno features structures that depict the ancient culture of Italy. Some of the attractions inside the basilica include the statues Smiling Saint Zeno and the Consecration of the Veronese Commune. Other attractions are the Church of San Procolo and the Bell Tower.

Also known as People’s Square, Piazza del Popolo is situated at Rome. When tourists visit the place, people can find numerous attractions like the Aurelian Walls and the Via Flamina. This is a nice place to do recreational activities like biking, walking and running.

Castel Sant’Angelo (also known as the Mausoleum of Hadrian) is a building that has a cylindrical shape owned by Roman Emperor Hadrian. One of the attractions inside the place is Hadrian’s tomb, which is called by locals as Adrian’s mole. Inside the building, tourists can find a museum that features collections of Italian art.

The Janiculum Hill is found in the western part of Rome. It offers relaxing views on various sites like the San Pietro in Montorio, the Tempietto and the bell towers. Nearby attractions include the Academia de Espana and the Acqua Paola.Italy is one of the European countries with numerous historic and attractive places to visit. To have a memorable stay in this place, it is best to visit the top 10 tourist spots in Italy including the Pantheon and the Janiculum Hill. 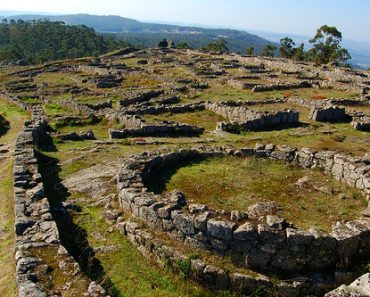