The tourist spots in Kenya form an integral part of the country’s economy. The following destinations are some of the ones most frequented by visitors to the country.

The second largest city in Kenya, Mombasa lies in the Indian Ocean.
Among the attractions there are the Old Town and Fort Jesus. Also nearby are several fine beaches such as Diani, Shelly and Tiwi.

The Great Rift Valley in Kenya is renowned for its beautiful scenery. Among the many lakes there are Lake Bogoria and Lake Elmenteita. There are also freshwater springs in the area. Numerous fossils have also been unearthed in the valley.

Situated in the central part of the country, Thika is one of the emerging tourist spots in Kenya. The coffee plantations are the main attraction in the area. Also noteworthy are its two waterfalls, Thika Falls and Chania Falls. The Ol Donyo Sabuk National Park is on the southeast section.

Rising to a height of 5,895 meters (19,341 ft), Mt. Kilimanjaro is the highest mountain in Africa. It is known for its unique vegetation and its three volcanic cones. Those who climb the mountain often go by the Marangu route. Other routes include Machame and Rongai. 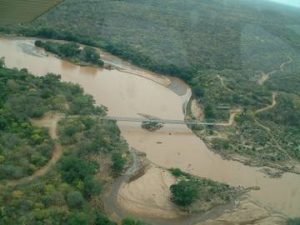 Among the major attractions here are Adamson’s Falls, the Tana River and the Kora Rapids. Among the wildlife here are the spotted and striped hyenas, cheetah, and wildcat. There are also lots of antelope varieties to be seen.

Measuring 168 sq km, the lake is in Lake Nakuru in Nakuru Town. It is one of the most popular tourist spots in Kenya due to the flamingoes that flock to the shores. There is also a reserved area for black rhinos and giraffes.

A UNESCO World Heritage site, the Kenya National Park is situated within a forest. It occupies an area measuring 715 sq km, and it is filled with different types of animals.

This is Kenya’s very first national park, having been established in 1946. It is best known for being a rhinoceros sanctuary, but there are other animals there including Burchell’s zebra, the African buffalo and Coke’s hartebeest. Lions, tigers, leopards and zebras abound too.

One of the most visited tourist spots in Kenya, the park is located in the Kajiado District, Rift Valley Province. The most well-known feature of the park is being able to get near free ranging elephants. Mount Kilimanjaro can also be seen from the park.

The park encompasses the upper areas of the Aberdare Mountain Range right in the center of the country. Among the animals there are lions, sykes monkeys and baboons. The black rhino, the bongo and the golden cat can also be seen. There are also picnic and hiking locations in the park.

The tourist spots in Kenya offer visitors a chance to get back to nature. The beauty of the scenery should also help people understand why these sites have to be preserved. 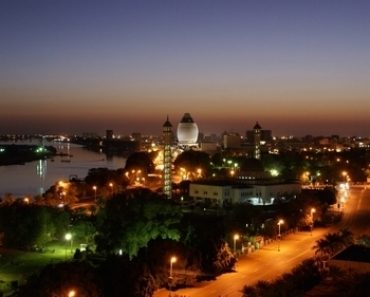