The tourist spots in Korea range from marvels created by nature to wonders crafted by man. The following are some of the most popular tourist attractions in South Korea.

The biggest market and one of the most popular in the country is Dongdaemun Market, right in Seoul. Myeongdong is also frequented for its fashion boutiques. Another trendy spot is Sinchon, whose main patrons are the young people. 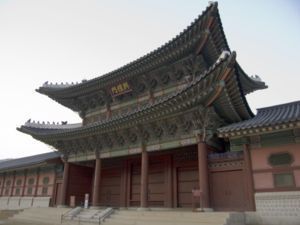 One of the most historical sites is the Amsa-dong Prehistoric Settlement Site, where Neolithic artifacts have been unearthed. The districts of Jung-gu and Jongno-gu are the home of the ancient Five Grand Palaces. These are Gyeonghuigung, Changdeokgung, Deoksugung and Changgyeonggung.

One of the most popular tourist spots in Korea is Namsan Park. From here one can hike and catch lovely views of the capital city’s skyline. Another well known site is Seoul Olympic Park in Songpa-gu, which hosted the 1988 Olympics. Tapgol Park is the home of the Wongaksa Pagoda. In addition to these, areas along streams are considered public places for relaxing.

Seoul is the home of more than 100 museums, showcasing the country’s culture and heritage. One of the most important is the National Museum of Korea, custodian of over 150,000 artifacts.

At Gyeongbokgung Palace is the National Folk Museum. Its main thrust is depicting the folk history of the country. The War Memorial, the Seoul Museum of Art and Tteok & Kitchen Utensil Museum are other major tourist spots in Korea.

Seoul is one of the most technologically advanced cities on the planet and it is apparent in the various skyscrapers in the city. Among them are the N Seoul Tower, the 6 skyscraper Tower Palace and the Jongno Tower. Other magnificent edifices in the country are the COEX Mall and the Korea Finance Building. 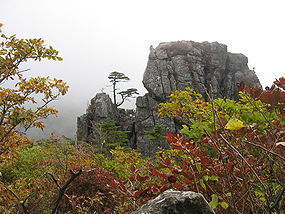 Running from the Baekdu Mountain to the Jirisan southwards, the Baekdudaegan is known as the spine of the entire peninsula. In 2006 it was declared a preservation park.

The tallest mountain in the Taebek Mountains, Seoraksan is the third highest peak in the country. The mountain and forest are at their most stunning during the fall, as myriad colors emerge.

Included among the best tourist spots in Korea is Jirisan. It is a mountain in the northern part of the country. It is situated in the Jirisan National Park. Jirisan is also home to seven Buddhist temples.

Found in Gangwon province, the Hwanseongul is the largest in Korea with over 6 km of passages. It is visited by a million people every year. 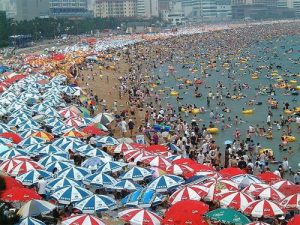 Situated to the southeast of Busan, it is one of the most well known beaches in South Korea. It has white sand, palm trees and has several fine resorts nearby. The night view from the beach is another one of its main attractions.

The tourist spots in Korea showcase the culture, history and savvy of the country and its people. It is hardly a wonder that it is regarded as one of the tourist hotspots in Asia. 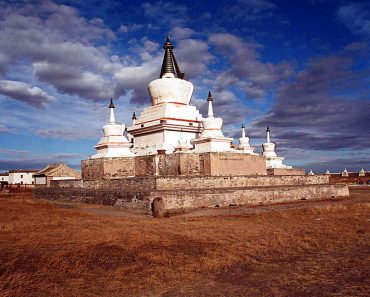 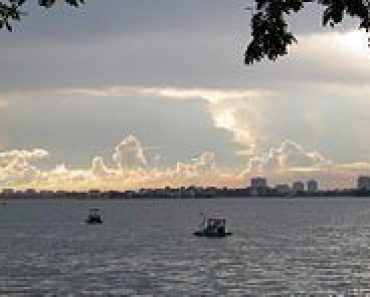