Although most famous for the invasion which started the first Gulf War, Kuwait has much more to offer than plain strife. There are some great attractions to see for the tourist looking for a different type of vacation. 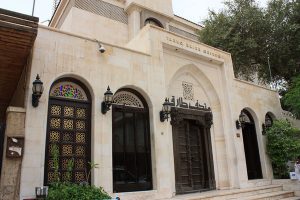 The Tareq Rajab collection was presented for public viewing back in 1980. This museum houses one of the biggest collections on Islamic art. There are actually over 30,000 items in the collection, however, only 10,000 artifacts are on display. Nevertheless, that is still really impressive. The collection includes silver and gold jewelry, ceramics, glass and metal works, musical instruments, among others. Some of the pieces in the collection are about 250 years old.

This tourist attraction is located on Kuwait’s southern coast. This state of the art leisure park is equipped with a lot of amusement rides and other forms of entertainment designed for patrons of whatever age. The kids will tend to spend hours on games in the park. Outdoor sports are also featured among the other attractions as well. The park is maintained according to international safety standards.

The Scientific Center is the huge building that you will see at Kuwait’s waterfront. Though the building is primarily designed for the field of science, it also has a cultural and religious touch since it also highlights Islamic culture and art. The center has three attractions, which are the Discovery Place, IMAX Cinema, and the Aquarium.

Visitors get to explore various ecosystems in this tourist attraction. They also get to try various hands-on playful training. You also have the opportunity to watch movies on a gigantic screen in full 3D. The experience is highly educational and imaginative as well.

This tourist attraction is aimed at preserving the traditional weaving art known as Sadu. Various products are made through Sadu like rugs, carpets, tent screens, and a lot more. Visitors to this center have the opportunity to observe Bedouin women weave colored wool using this traditional craft. The Sadu House is situated close to the National Museum.

This is actually one of Kuwait’s largest beaches. It extends beginning at the coast of Messila up to the Fahaheel Expressway. Visitors usually flock here to unwind with the blue ocean as a backdrop. There is a multi-level swimming pool intended for visitors who want to go swimming.

This is one of the really entertaining tourist attractions in the country. It has been around for more than a decade. It has an interesting set of animals that you can view at your leisure. A visit to the city won’t be complete without stopping by the zoo. You can find the city zoo on Airport Road, which makes it very accessible. 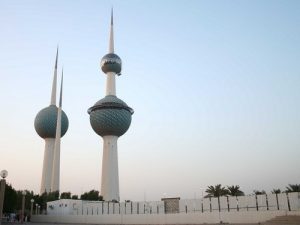 Going up the Kuwait Towers will give you a magnificent view of the city. You’ll get a unique revolving panoramic view of the entire city. The towers won the prestigious Aga Khan Award for Architecture in 1980.

You can consider this tourist attraction as something akin to an oasis. Once in there you can hardly figure out that you’re in the middle of a desert. It has an amphitheater where concerts are held for visitors. There are also exotic restaurants and swimming pools that cater to everyone’s needs.