There are some great historical and cultrual spots in Maldives that every tourist should definetly visit when in this country eith on business or pleasure. 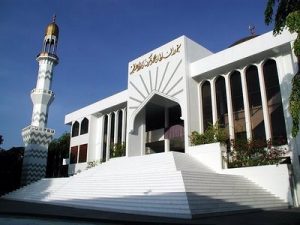 This is one of the must see tourist attractions in the country. Mohammad Thakurufaanu was the leading figure that liberated the country from the colonial rule of Portugal. The tomb has a great national and historical significance.

The National Museum is another must see tourist attraction in Maldives. It was established on November 19, 1952. It is one of the main attractions of the country and is located in Sultan Park. It used to be a palace building but was converted into a museum. Its collection of artifacts portrays the cultural and historical heritage of the country.

The Mulee Aage Palace is located just in front of the Friday Mosque. It was constructed in the year 1906. Its construction was decreed by Sultan Mohamed Shamsuddeen III. Today it houses the office of the president of Maldives. It was former royal residence of the sultan until 1936 when the current sultan of the time was overthrown. The country became a republic in year 1953.

This mosque is the biggest mosque in all of Maldives. It features a grand architectural work constructed in 1656. This mosque was constructed under the rule Sultan Ibrahim Iskandhar. This religious structure also houses an Islamic center. Given the size of this structure, it can accommodate up to 5,000 worshippers at a time. 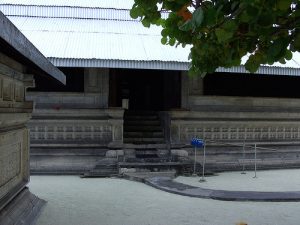 This is the oldest mosque in the whole nation. It is also one of the historical tourist attractions in Maldives. It was constructed in the year 1656 and is located in the country’s capital. This mosque is well known for the intricate lacquer work and wood carvings. You’ll find Arabic writings on its walls on both its interiors and exteriors. An interesting architectural tidbit is that it was build using coral stones.

This tourist attraction is one of the oldest buildings in nation. It is situated to the east of Sultan Park. The art collections here preserve both the modern and traditional works of art produced by the people of the country. Not only does this art gallery exhibit the talents of local artists, it also hosts various workshops for upcoming new artists.

The capital city of Maldives, Male, has an artificial white sandy beach where the busy employees who live in the city can go after a days work. It was constructed only recently and has become quite popular among the locals. Many people often take evening walks to soothe their nerves. The locals have also taken to various water sports, carnivals, and other forms of entertainment conducted here.

This tourist attraction is located along the northern waterfront of the nation’s capital of Male. It was constructed a bit recently in 1989. It is a usual venue of various social gatherings in Male. As a natural consequence, a lot of the younger generation tends to flock here for an evening hangout.

Believe it or not, this is one of the major tourist attractions in the nation’s capital. It serves as the commercial center of the capital with various shops selling a variety of goods. It is usually packed with lots of people trading and haggling for a better deal. In spite of what you might think, this market is kept quite clean and undergoes a periodic daily clean up. 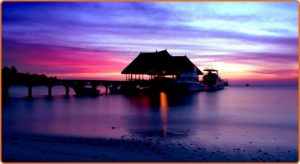 The country is favored with a lot of beautiful beaches. Finding powdery white sand won’t be much of a problem. Each of the many beaches here offers a charm that instantly translates to rejuvenation. Water sports like parasailing, snorkeling, diving, and surfing become the usual activities of the day.