The tourist spots in the Netherlands form a vital part of its economy. Most of its visitors are from the US and UK but also draws people from other countries. 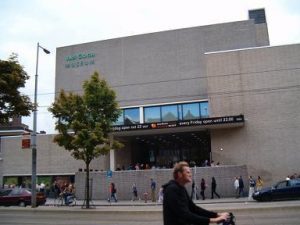 Located in Amsterdam, the Van Gogh Museum possesses the biggest collection of works by Vincent Van Gogh. Some of the major exhibits are the Bedroom in Arles and one of the Sunflower paintings. The museum also showcases several of his drawings.

Found in the Museumplein at Amsterdam, the Rijksmuseum Amsterdam focuses on the very best of Dutch art and historical artifacts. There are also Asian artworks on display.

Situated in the Jodenbreestraat in Amsterdam, it is one of the most iconic tourist spots in the Netherlands. It used to the artist’s home where many of his art pieces were made. 260 of his etchings are in the house, now converted to a museum.

It was in the concealed rooms of this edifice that Anne Frank and her family hid from the Nazis. The building has been turned into a museum depicting her life and times. 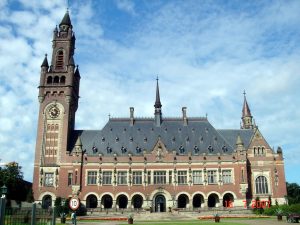 The third largest city in the country, The Hague is home to numerous tourist attractions. The Lange Voorhout Avenue is home to luxury homes and embassies. The Passage is a luxury shopping mall while the Museum de Gevangenpoort features medieval torture chambers.

It features a 360 degree panoramic painting (14 x 20 m) by Hendrik Willem Mesdag. It is one of the most striking tourist spots in the Netherlands because the artwork appears like a true scene rather than a painting.

The Binnenhof or Inner Court is renowned for the magnificent buildings there going back eight centuries. There is also a fountain and statue of King William II there. One of the best vistas of the site is from the Hofvijver Lake.

The Noordeinde Palace is one of the many palaces of the Dutch royals. The edifice is designated as the working palace of Queen Beatrix. The Paleistuin (Palace Gardens) are accessible to the public.

The Keukenhof is in Lisse and is the biggest flower garden on the planet. More than 7 million flower bulbs are grown there yearly. It is one of the most beautiful tourist spots in the Netherlands and is open during the finial week of March up to the middle of May. It was established in 1949 to help the country’s export industry.

This city is famous for uniquely designed buildings and structures, among them being the cube houses. The city is also home to the Euromast, the Delftse Poort, the Montevideo Tower (a 160 ft residential building) and the Erasmus Bridge.

The Erasmus Bridge measures 790 meters and connects the south and north parts of Rotterdam. Currently, there are plans to build more unique structures in the city.

The combination of classical art and modern architecture makes the country a haven for artists and art lovers. But as this overview of the tourist spots in the Netherlands shows, it has a lot more to offer.