Despite the political and social problems faced by Pakistan, the tourism industry contributes to the economy of the country. The country has a rich cultural heritage and numerous natural attractions so tourists can still have a nice time in this place. Described in this article are the top 10 tourist spots in Pakistan. 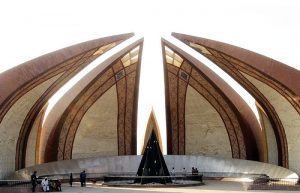 Situated in Islamabad, the Pakistan Monument represents the three territories and four provinces of the country. In addition, it also symbolizes the developing economy in the place. At the place, people can find several murals including the Shahjahan Mosque as well as the Faisal Mosque.

The largest temple in South Asia, the Faisal Mosque at Islamabad covers 5,000 square meters area of Pakistan. The temple can accommodate 30,000 devotees. Inside the mosque, guests can find General Muhammad Zia-ul-Haq’s small mausoleum.

Minar-e-Pakistan is a tall public monument at Iqbal Park in Lahore. The height of the monument is 203 feet. At the monument’s base, people can find commemorative plaques. Inscriptions in the plaques include Quranic verses as well as the national anthem of the country.

The Badshasi Mosque, which is situated in Lahore, is the second biggest mosque in South Asia. Inside the premises of the mosque, the place features a courtyard, a prayer chamber and a central dome. In addition, the mosque has four corner minarets, two side domes, side aisles and a central tank. 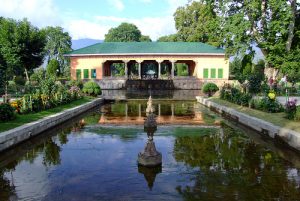 The Shalimar Gardens in Lahore is a UNESCO World Heritage Site. The gardens have three levels, namely the Farah Baksh, the Faiz Baksh and the Hyat Baksh. To have water in the gardens, the place features a canal called Shah Nahar. Moreover, the place is popular for featuring 410 fountains.

The Lake Saiful Muluk is found at Khagan Valley’s northern end. The place has an altitude of 10,578 feet. The lake’s surface area is 2.75 kilometers. Surrounding the lake are several hotels and lodges that offer accommodations to tourists.

Karimabad is a village in Gilgit. The place was named after the religious leader of the Shia Ismali Nizari community, Prince Karim Aga Khan. The place features the famous and attractive Hunza Valley. It also features the historic Baltit Fort.

A significant archaeological site in the province of Punjab, Taxila is one of the UNESCO World Heritage Sites in South Asia. The attractions at the site include Gandhara civilization ruins, the Taxila Museum and the Nicholson’s obelisk. Additionally, the place features Mughal gardens remains. 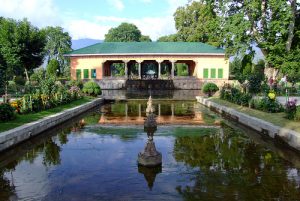 Lahore is one of the cities of Punjab. The place has a Mughal heritage. Some of the attractions at the city include Maharaja Ranjit Singh Mausoleum, the Roshni Gate and the Alamgiri Gate. Aside from these, tourists can also see the Liberty Square and the Siddiq Trade Center.

Pakistan is one of the countries in South Asia that travelers should see if they want to know more about the history of the region. By visiting the top 10 tourists spots in Pakistan, foreigners can learn the heritage and culture of this historic country.