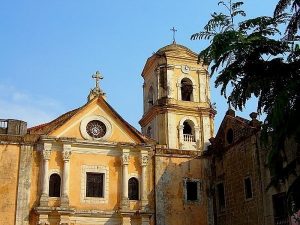 This beautiful religious architecture can be found within the municipality of Paoay in Ilocos Norte. Built in 1694, it is one of the top UNESCO World Heritage Sites in the Philippines. The structure was made out of coral stone and was designed to solve different kinds of natural challenges like earthquakes.

The Old Colonial Houses in Vigan

These magnificent ancestral houses can be found in the province of Ilocos Sur. It was build by Chinese traders during the time when the country was under Spanish rule. These structures have walls that are made out of thick bricks with red clay plastering. The roofs were designed to withstand earthquakes. These houses provide tourists with a glimpse of the country’s rich and historic past.

The Beaches in Boracay

Boracay is easily one of the most popular places in the Philippines, which is famous for its white sand beaches, nice clean natural surroundings and beautiful people. Here, everyone can enjoy different kinds of fun and exciting outdoor activities such as boat sailing, scuba diving and surfing. Furthermore, it is filled with world-class hotels that offer superb services and accommodations at highly reasonable rates.

This UNESCO World Heritage Site is situated deep within the northern part of Puerto Princesa City. It is considered as the longest navigable underground river in the world, which measures 8.2 kilometers. Its major features include large chambers, beautiful formations of stalagmites and stalactites as well as a limestone mountain landscape. Aside from these mesmerizing sights, the place is home to different kinds of animals including squirrels, huge monitor lizards and monkeys. 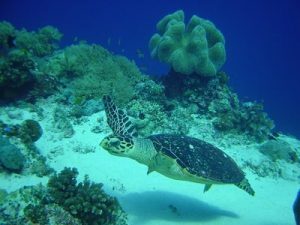 Located in the province of Palawan, this beautiful reef ecosystem is home to more than 400 fish species and 300 species of corals. Because of the rich marine life and diverse specifies of marine creatures, it is now recognized as one of the UNESCO World Heritage Sites in the country. Some of the notable species of animals found here include the clownfish, tortoise and manta ray. It also features beautiful coral walls, which play home to manta rays, barracudas and hammerhead sharks.

Banaue Rice Terraces is found in the province of Ifugao, which is part of the Cordillera Administrative Region. The terraces are approximately 2,000 years old, which were carved by the indigenous people. It features an ancient irrigation system. This place is very impressive as it serves as a living cultural landscape representing the religious, economic and socio-cultural aspects of the region.

As the second-biggest contiguous coral reef system in the world, Apo Reef National Park is another one of the various UNESCO World Heritage Sites in the country. Situated within the province of Oriental Mindoro, this place has many fascinating features including mangrove stands, beds of macroalgae and seagrass meadows.

This historic landmark can be found next to the Basilica Minore del Santo Nino in Cebu City. It symbolizes the arrival of Spanish explorers in the area on April 21, 1521. Aside from this, it also represents the entrance of the Roman Catholic religion in the country.

A unique geological formation found within the province of Bohol, the Chocolate Hills was declared officially as the third National Geological Monument in the Philippines. This tourist spot is made up of haycock hills. The shape of each hill is almost symmetrical and conical. The average height of the domes is approximately 98 to 160 feet.

This beautiful park is situated right within the heart of Baguio City. It offers a scenic view of the tallest mountain in the area, which is Mount Kabuyao. It features many interesting sights including an orchidarium, a skating rink and a beautiful manmade lake. Meanwhile, its football field serves as venue for political rallies, concerts and parades. 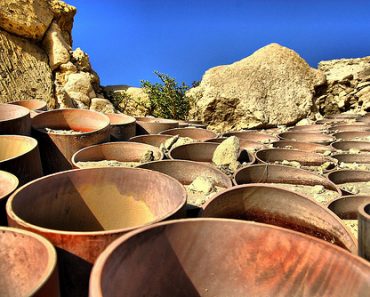