Romania is rich in natural landscapes and manmade attractions. Tourists are encouraged to see the different beautiful sites when they visit this country. Featured in this article is the top 10 tourist spots in Romania.

A commune found near the Sibiu County, Biertan features a fortified church that is protected by tall walls. Next to the church is a small building where couples who want to be divorced are confined for two weeks. The house has only one bed as well as a set of cutlery.

A World Heritage Site, the Monastery of Horezu was established by Prince Constantin Brancoveanu in 1690 at Horezu in Wallachia. The monastery promotes pure Romanian architecture. It has a very attractive and well-maintained garden. The place is also visited by many tourists because it depicts Brancoveanu art.

The Berca Mud Volcanoes is a botanical and a geological reservation at the County of Buzau. Some plant species that can be seen at the site are the Nitaria schoberi as well as the Obione verrucifera. The site is divided into two, namely the Big Mud Volcanoes and the Little Mud Volcanoes.

The Merry Cemetery at the County of Maramures is famous for the colorful tombstones. Each tombstone has paintings that describe the person buried. The cemetery is visited by many tourists because it promotes the Dacian culture. 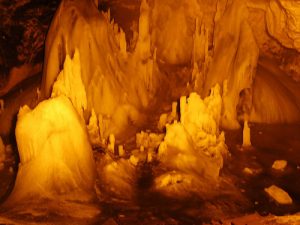 The Scarisoara Cave is the biggest ice cave that can be seen at the Apuseni Mountains. The depth of the cave is 105 meters while the length is 720 meters. The chambers of the cave were named The Church as well as The Big Hall. Inside the place, people can find stalagmites.

Tourists who want to hike and trek can go to the Carpathian Mountains. The mountain range stretches in different countries, namely Romania, Hungary, Poland, Ukraine and Slovakia. The place features high waterfalls, large glaciers and lakes. The highest point of the mountain range is 8,711 feet.

The Danube Delta is the best preserved river delta in Europe. It is found at the County of Tulcea. The delta features numerous species of plants including willow trees, oak trees and vines. Fish species that are present at the place include carps, freshwater sturgeons and pike perches.

A popular thermal spa resort in Romania, Baile Felix is situated at Transylvania. The resort has thermal waters with different minerals. The waters are believed to have therapeutic effects and can heal various illnesses such as polyarthritis and rheumatic spondylitis. 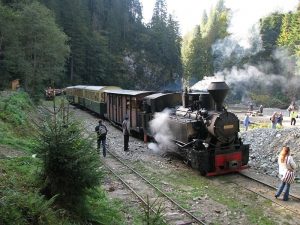 The Mocanita is the early railway that is reconstructed by the government for tourism purposes. One of the places that tourists can see if they ride in the train is the Vaser Valley at the County of Maramures. The length of the railway is 43 kilometers.

Romania is a European country that is rich in culture and history. By seeing these places, tourists can know more about the heritage of Romania.