Sweden is one of the Nordic countries at the northern part of Europe. The total population in the country based in 2009 census is 9,325,429. Tourism in Sweden is improving since many people from other nations visit the country to see the famous tourist destinations in the place. Below are brief descriptions of the top 10 tourist spots in Sweden.

Also known as the Museum of Modern Art, the Moderna Museet is the national museum of Sweden. The museum, which is situated at Skeppsholmen in Stockholm, features collections of international contemporary as well as modern art. The collections include masterpieces of Salvador Dali and Picasso. Some of the artworks featured at the place are Alexander Calder’s The Four Elements and NIki de Saint Phalle’s Paradise.

Another interesting tourist spot in Sweden is the Lake Siljan, which is situated at Dalarna. During holidays, many locals visit the place because it is a nice place to do relaxing activities like swimming as well as picnicking. In addition, there are different tourist attractions nearby including the Rattvik town, which is popular for folk dancing.

One of the natural parks in the country, Gotska Sandon is an island found near Faro at Baltic Sea. The length of the island is estimated to be 9 kilometers and the width is 6 kilometers. The island is popular for featuring beautiful and attractive sceneries like beaches, pine forests and dunes. Wildlife like grey seals is also present in the park.

Found at Falun in Sweden, the Great Copper Mountain is one of the top 10 tourist spots in the country. This is a historic mine and it operated from the 10th century to 1992. In the 17th century, the mine became the main source of copper used in Swedish wars. One of the main attractions in the place is the museum, which features of artifacts related to the history of the mine.

Tanum Rock Carvings are found at the province of Bohuslan. This place is one of the 12 UNESCO World Heritage Sites in Sweden. It was created by the early residents in the province 3,000 years ago. The carvings depict lifestyle of early people. The carvings feature images of animals, circular objects, ships, shallow bowls as well as fertility figures.

One of the most popular Swedish canals established in the early parts of the 19th century. The length of the canal is estimated to be 118 miles and it connects several rivers and lakes in the country. Some of the attractions that people can find in the place are the Lake Viken and the Lake Vattern. The canal is also known for featuring numerous locks like the Carl Johans slussar and the Karl Ludvig Eugens slussar.

If you like to hike and trek, one of the best places to visit in Sweden is Kungsleden. The trail leads from Abisko to Hemavan. The place features cabins where trekkers and hikers can sleep or relax at night. One of the main attractions in the site is the country’s highest mountain, the Kebnekaise.

Also known as the Inland Railway, the Inlandsbanan starts from Lake Vanern to Galivare in Lapland. The length of the railway is 1300 kilometers. Travelers can stop wherever and whenever they want. They can also get back to the train whenever they like.

One of the most famous lakes in the country, Storsjon is found at Jamtland province. People can enjoy picnicking and sightseeing near the lake. Other attractive places near the lake are the trails and highlands at Ostersund. 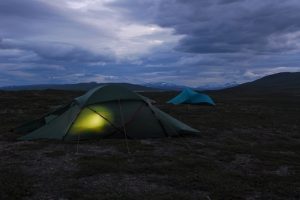 Known as the largest national parks in Sweden, the Padjelanta National Park is found at the Norbotten County. Some of the attractions in the place are the Padjelanta Trail and the Nordkalottruta trail. To promote and protect the place, it is managed and maintained by the Swedish Environmental Protection Agency.

To have a remarkable travel to the country, tourists are encouraged to see these tourist destinations. By visiting these places, travelers from the other parts of the world will have the chance to know more about the heritage and culture of Swedish people. 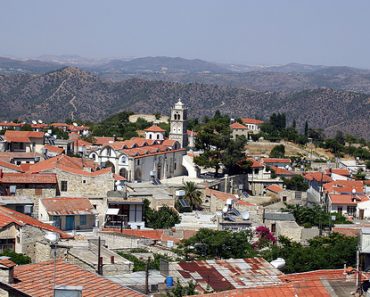