One of the major economic contributors of Thailand is tourism. Many people like to travel to the country to see the interesting natural and manmade attractions. Featured in this article are the top 10 tourist spots in Thailand that foreigners should see. 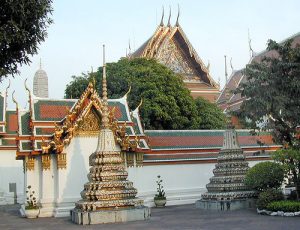 The monument features the statues of heroines Thao Sisunthon and Thao Thepkasattri. This monument is the most popular monument at Amphoe Talang in Phuket. The statues symbolize the bravery showed by Thepakasattri and Sisunthon against the military forces from Burma.

This center in Phuket is responsible for the distribution and promotion of animal species at Khao Phra Thaeo Wildlife Park. The place is near to a virgin forest where rare animals are conserved. This is a nice place to go walking and sightseeing. 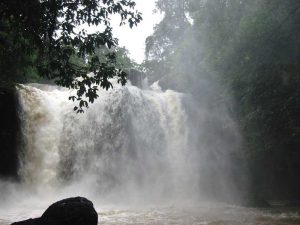 Located at the Sankambeng Mountain Range, Khao Yai National Park features 50 kilometers of hiking trails. In addition, there are private concessions at the place where guests can dine. Wildlife spotlighting is one of the activities that people can enjoy at the spot.

Another attraction at the site is the Tham Pla- Pha Sue National Park in the province of Mae Hong Son. The park features forests where tourists can do several activities like trekking and hiking. Aside from the forests, the park features freshwater fishes such as Pla Khang and Pla Mung.

Phu Klon Country Club is another spot in Mae Hong Son that features a natural black mud. The mud is has therapeutic and skin care benefits. To attract more tourists at the site, the country club was improved and became a spa resort.

The Phimai Historical Park is a popular Kher temple in the country. The site can be found at the town of Phimai in the province of Nakhon Ratchasima. Some of the attractions at the place are the Naga Bridge as well as religious sketches and artworks inside the temple. 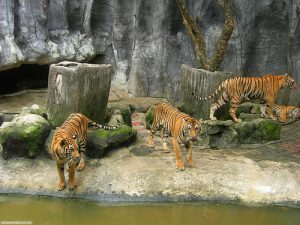 This zoo can be found at the city of Pattaya in the province of Chonburi. The zoo plays home to approximately 10,000 crocodiles and 200 tigers. Guests can also see circus shows and exhibits at the site.

The Nong Nooch Tropical Botanical Garden along the road of Sukhumvit in Chonburi Province. The place features several gardens including the European Garden, the French Garden, the Variegated Plants, the Ant Tower and the Butterfly Garden. The place is also known for different cactus species such as the Lobvia and the Echinocactus grusonii.

Tourists can admire the heritage and culture in Thailand when they see these places. To learn more about this nation, it is best to see the other tourist attractions such as the Sanctuary of Truth and The Million Years Stone Park.