In 2007, Ukraine received at least 20 million foreign visitors. Most of the visitors who go to the country came from Western Europe, Eastern Europe, Canada and the U.S. Travelers who like to have a wonderful time at the country should see the top 10 tourist spots in Ukraine.

Situated in Khotyn, the Khotyn Fortress is included in the Seven Wonders of Ukraine. The construction of the structure was led by Prince Vladimir Sviatoslavich in the 10th century. The place is very historic because it provides significant transportation routes connecting to Ponyzia to Kiev and Scandinavia.

The Savior Cathedral of Cherniv

One of the historic places in the country is The Savior Cathedral of Chernihiv. It is known as the oldest church in the country. The church depicts the Byzantine architecture. Inside the cathedral, people can find pillars that are made of marbles. It features artifacts as early as 1030.

If you want to unwind, you can spend some time at Yalta found at the Black Sea’s north coast. This city features numerous attractive health resorts. In addition, there are other famous destinations in the place like the Armenian Church, the Alexander Nevsky Cathedral and the Nikitsky Botanical Garden.

The Odessa Archaeological Museum has a Neoclassical architecture. The site features numerous artifacts and collections of artworks that are important to the history of the country. This tourist spot is near and very accessible to other tourist destinations in Odessa like the Duc de Richelieu statue.

The National Museum of the History of the Great Patriotic War

The National Museum of the History of the Great Patriotic War in Kiev features statues that depict the events in the World War II. One of the most interesting statue is the statue that represent the 1943 Battle of the Dnieper. 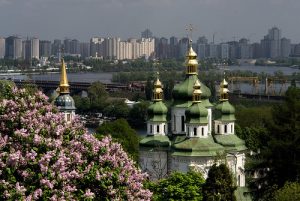 Many people like to see the Vyudubychi Monastery because several known individuals were buried at this place such as Vladimir Alekseyevich Betz and Konstantin Ushinsky. The monastery was constructed from 1070 to 1077. Inside the premises of the monastery, people can find different cathedrals like the Saint George Cathedral.

Situated at Uman in Cherkasy Oblast, the Sofiyivsky Park was constructed in 1796. This tourist destination is one of the most popular garden parks in the world. At the site, people can find different scenic areas like fountains and waterfalls.

The Livadia Palace is found in Yalta. The place promotes the Neo-Renaissance architecture. The site features 116 rooms equipped with elegant furnishings. Inside the palace, guests can find an Arabic patio, the Church of the Exaltation of the Cross as well as a Florentine tower.

Located at Kiev, the Saint Sophia Cathedral is listed one of the UNESCO World Heritage Sites. The site is originally the spot where former leaders of Kiev were buried. Inside the cathedral, people can find the cathedral’s belltower and a collection of commemorative coins given by the government of Russia. 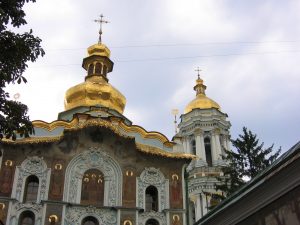 Also called the Kiev Monastery of the Caves, the Kiev Pechersk Lavra was constructed in 1015. The place features the Great Lavra Belltower and the Gate Church of the Trinity. There are also museums inside the monastery including the Museum of Ukranian Folk Art and the State Historical Library.

Ukraine is rich in natural and manmade wonders. To admire the beauty of the country, it is best to see the other tourist destinations in the place like the Tovtry Podillian Banks, the Dniester Canyon and the Carpathian Mountains.