A trip to Tripoli in Lebanon is an opportunity to witness the city’s ancient glory. Its rich archaeological artifacts, however, are only part of the tourist attractions.

The city is 85 km north of Beirut. It is the North Governorate’s capital. It is located at Lebanon’s easternmost port. To get there, go to Beirut’s Charles Helou station. You can get a bus or taxi. Buses are cheap, but you have to wait for people to fill it up. Taxis can be shared or private. If you don’t want to share the ride with other people, you’ll have to pay for the other three seats.

The Old City has many Mamluk mosques, citadels and hammams (Turkish baths). There are also artifacts souqs (markets) and khans. The Palm Islands Nature Reserve is half an hour away by boat. It is comprised of three islands. It is a good place to see sea turtles and the country’s natural wonders.

While on your trip to Tripoli in Lebanon, you may also want to visit the Al Muallaq mosque. It was created during the 16th century. Other mosques in the city are the Al Mansouri (Great Mosque) and the Mosque of Sayedi Abel El Wahid. Also worth visiting are the Beshara Catholic Church, Moutran Church and St. Joseph Al-Serian Catholic Church. 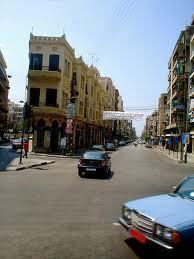 During ancient times, the Phoenicians integrated it into their city confederation. This included Arados, Sidon and Tyre. After the demise of the Phoenicians, the city fell to the Assyrian and then the Persian Empire.

Later on, the city was integrated into the Roman Empire. When Rome fell it was incorporated into the Byzantine Empire. Other rulers of the city include the Mamluks, the Crusader States, the Seljuk Empire, Caliphate, Ottoman Empire and France.

Bus fares vary depending on where you are coming from. From the capital, expect to pay at least a couple of dollars. The air-conditioned minibus will cost a bit more. Private taxis will cost about $20.

The country is known for its sweets. The best places to get them are Abdel Rahman Al Hallab and Rafaat Hallab. For drinks, try any of the coffee shops at Mina Road. Popular hangouts are Cava Mino’s pub, ASkale restaurant and Gosha.

Before ending your trip to Tripoli in Lebanon, consider dropping by Batroun. It is 22 km away and a popular beach resort town. Aside from the beach, its energetic nightlife is another attraction.