Buddhist or not, you must make an effort to visit Wat Pho in Bangkok, whenever you happen to be in Thailand. Why, it is one of the most amazing structures that you can find in the capital city. 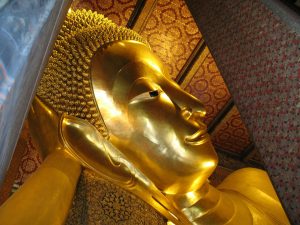 Wat Pho is located at the Phra Nakhon District in Bangkok, Thailand. It is in a spot adjacent to the Grand Palace and is also very easy to locate.

Aircon buses stop close to where Wat Pho is. You may also get there via the Tha Tien express boat. It is also quite accessible from other tourist spots including the National Museum, the Wat Arun, and the Grand Palace, of course.

The major allure of Wat Pho is the gold plated reclining Buddha it houses. The statue is huge, at 46 meters in length and 15 meters in height, and is quite a good sight. Aside from the Buddha, there is the fact that the Wat Pho is the largest and the oldest Buddhist temple in the capital city of Thailand.

It is also interesting that you may indulge at traditional Thai massage while you are at the Wat. The temple is known as the center for Thai massage because people from all walks of life, including the rich, the famous, and the powerful, come here for a soothing therapy.

Wat Pho was built about two centuries before Bangkok was made capital. When the city was proclaimed as the country’s center, much of the Wat’s original structure have been reconstructed. It was entirely rebuilt during King Rama I’s reign.

If you want a guided tour, you will need to pay 150 Bahts for one person, 200 Bahts for two, and 300 Bahts for three. Although it could help you a lot in knowing exactly which way to go, guides are hardly useful.

To enjoy Thai massage, you will have to pay 150 Bahts for a 30-minute massage and 250 Bahts for a 1-hour massage. Herbal massages are also available at 350 Bahts as well as foot reflexology massages at 250 Bahts, which is good for 45 minutes. 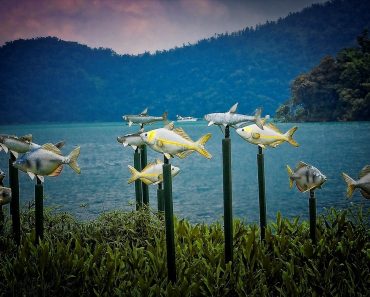