Vientiane is a city that is rich in stupas and temples. These come in various sizes and are often visited by a good number of tourists and locals all year round. Arguably the most popular of these temples is the Wat Si Muang in Vientiane – Laos. 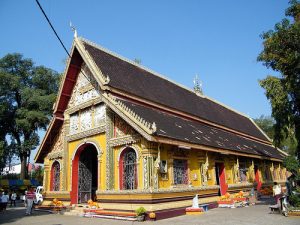 Wat Si Muang in Vientiane – Laos is located between the streets of Setthatirat and Samsenthai, about a kilometer from the city center.

On the other hand, if you wish to explore the city via a bike ride, you can rent a bike from most of the hotels and guest houses in the city.

Taxis and tuk-tuks are also another option although these can be more expensive than a bus ride.

Wat Si Muang in Vientiane – Laos is widely visited by locals and tourists mainly because of the “good luck” it is said to bring to those who pay their respects at the altar.

A historical landmark sits right atop the main altar – a stone from the original pillar of the city – said to be resided in by the guardian spirits of the city.

The temple’s ordination hall is comprised of 2 rooms, an unusual feature of the temple as most ordination halls only have a single room. The first room is quite bare save for monks on-hand to give out blessings to visitors.

The second room is where the altar is and it is surrounded by various statues of the Buddha.

It is believed that when you lift the smallest of the Buddha statues from its cushioned seat, three times over, your prayers will be answered. This is perhaps why a lot of people flock to the temple – for good luck and for answered prayers.

Wat Si Muang in Vientiane – Laos was constructed on the site where a Khmer Hindu shrine once stood.

While there are several stories that surround the beginnings of the temple, a large majority of the people believe that it was built some time in the year 1566 under the orders of King Setthathirat.

Legend has it that a young pregnant woman by the name of Si Muang jumped into a hole in the ground to sacrifice herself to appease the gods before the foundations of the city could be erected.

It is believed that a human sacrifice needs to be offered before the gods to appease their anger and it was Si Muang who offered herself as the sacrifice.

The temple was then named after her. Although there are no solid accounts of this event, this legend has been attached to the temple for as long as it has been standing.

There is no entry fee to visit Wat Si Muang in Vientiane – Laos. There are however, donation boxes at the temple and visitors are encouraged to put in a few kips.

Visitors are given flowers and joss sticks at the entrance to offer to Buddha. Monks at the temple pray for each visitor upon request and after the prayers, guests are given a bracelet of cotton thread which is said to also bring good luck to the wearer. 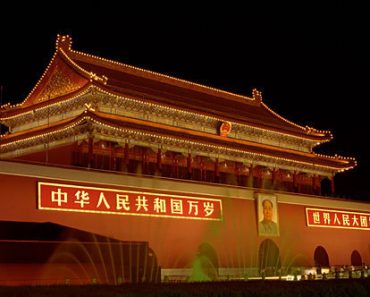