The tourist attractions at the Westland Tai Poutini National Park have few equals. Encompassing an area over 131,600 hectares, its features are incredibly diverse and scenic.

The park is located at the west coast of South Island. At the main Divide, it borders Aoraki/Mount Cook national park.

The landscape in the park features several beautiful lakes and glaciers. There is also a rainforest. Some of the most popular destinations here are the old gold mining towns by the coastline. Two of the best known sites here are the Fox Glacier and Franz Josef Glacier. Those who love hunting may go after Tahr, Chamois and Red Deer.

One of the most popular tourist attractions at the Westland Tai Poutini National Park is the Copland Track. It goes up to the Karangarua River bridge. You will also get to enjoy the Welcome Flat Hut hot springs. Along with the wildlife, these make up some of the most popular destinations in the whole park.

The Okarito Lagoon is very popular thanks to its white heron. In the center of the lowland forest is the rowi population. Kea and different types of birds can be seen all over the park.

Among the earliest people to settle in the area were the Maori. During the 1860s, the presence of gold drove thousands of people into the area. Gold mining became an industry. Thousands of miners settled in the place.

The rivers were the areas that were harvested for gold. Soon, it was discovered that the black beach sands held gold as well. However, the gold rush ended in less than two years. The towns of Gillespies, Five Mile and Okarito were deserted.

But the site would eventually become well known for its natural beauty. By the early 1900s, tourists were coming to the area in droves. On March 29 1960, the government ordered the creation of the national park.

There are no fees needed to enter the park.

The eastern side is filled with mountains, gorges and slopes. The snowfields are high above, and below it are the rainforests. Trekking into the park will bring you face to face with river mouths and wetlands.

Some of the biggest tourist attractions at the Westland Tai Poutini National Park are the birds that go to the wetlands. Another animal that you will see at the site is the crested grebe. It is at Lake Mapourika. 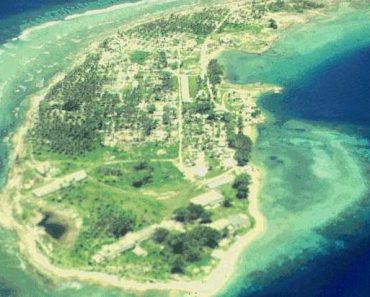