The Wilanow Palace in Warsaw is one of Poland’s most significant cultural monuments. It has survived two World Wars and is now a popular tourist draw.

The castle design is a combination of Polish construction and European art. On the elevations are various symbols depicting the glory of the Sobieskis. There are also elements that glorify the king’s many military victories. The garden is another major attraction.

The original design was more baroque Italian than anything else. Its design was meant to join the garden to the palace’s unique configurations. As the palace went through different owners, the gardens were renovated. 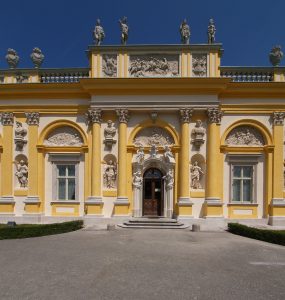 Other attractions at the Wilanow Palace in Warsaw include cruising by boat at the back of the palace. There are also art screenings and a children’s museum.

The palace was constructed for Polish king John III Sobieski in the late 17th century. The name is taken from the Italian words meaning villa nuova. The palace’s chief architect was Agostino Lotti.

As the years went by, the castle was rebuilt and modified numerous times. Following the king’s death, the palace ownership passed onto several families. Every new owner of the palace would redecorate and change aspects of the castle.

The gardens and grounds were also changed according to the trends of the times. The museum was created in 1805 by Stanislaw Kostka Potocki. The palace suffered some damage during World War II. Renovations took place after the war. The palace was finally reopened to the masses in 1962.

The admission fee is 35 Euros for groups (maximum five members). An individual ticket costs 6.24 Euros. Tickets to the park cost 1.15 Euros. The park is free on Thursdays. Groups with more than 30 members have to make advanced bookings.