Jurmala is a popular resort holiday getaway for its long stretch of beaches. It is also popular among tourists for its spas, festivals and not to forget, its beautiful wooden structures.

Wooden Architecture of Jurmala – Latvia presents some of the best examples of romantic and classical architectural style of the country.

Jurmala lies twenty-five kilometers off Latvia’s capital city, Riga. Samples of the wooden architecture of Jurmala are spread out across town, along the streets of its districts.

Being only twenty-five kilometers from Riga, the easiest way to reach Jurmala is via a train ride from the Central Station in the capital city. You can take any one of the following routes to reach Jurmala: Riga – Tukums, Riga – Dubulti, Riga – Kemeri and Riga – Sloka.

You can also take a minibus from the minibus station in Riga. If you will be coming straight from the airport in Riga, there is a bus that travel directly to Jurmala.

The magnificent wooden architecture of Jurmala – Latvia is comprised of historical structures and homes of local citizens. The wooden structures are mostly bungalows, two-storey and three-storey buildings.

Majori, the central part of town, has several of these wooden structures that you can see as you walk down the streets. The Majori Hotel, built in the year 1925, presents a classic example of traditional architecture in the country, built in the “historicism” style of architecture.

Further down Majori, you will also see wooden structures built in the Neo-Classic architectural style, complete with ornamental sculptures carved on the walls.

As you visit the other districts in Jurmala, you will likewise get great views of Art Nouveau wooden houses, and the most prevalent architectural style in Jurmala in the late 19th century and the middle 20th century, National Romanticism designs.

Wooden Architecture of Jurmala – Latvia was mainly built during the 19th century up to about mid-20th century. The wooden structures were mostly the works of Baltic-German, Russian, Finnish as well as the country’s local architectural masters.

The wooden structures were inspired by the need to build something from materials that will be adaptable to the seaside feature of the town as well as the aim to build structures that are environment-friendly.

For these reasons, the town is mostly comprised of various wooden buildings. At the time when building wooden structures was at its height, only the rich locals can invest in such projects, hiring world-class architects.

This is why most of the wooden buildings that you will see in town display a certain level of opulence.

Viewing the wooden architecture of Jurmala – Latvia is free. Train rides from the city center of Riga going to Jurmala are approximately 0.80 up to 1.35 Latvian lats. Minibus rides on the other hand, cost about 1.10 up 1.50 Latvian lats.

Jurmala is visited by tourists from different parts of the world every year but mostly, they come during the summer months between June and August. This being said, if you wish to avoid the crowds, visit the town before June or after August. 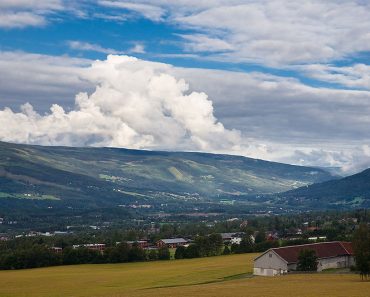