Zurich – Switzerland is located along the northern side of Lake Zurich approximately thirty kilometers off the northern parts of the Alps.

You can reach Zurich – Switzerland via air, railway and road. Flying in is via the Zurich Airport which is the largest airport in the country.

Via railway, there are various trains that depart from different cities in the country as well as various parts of Europe and go directly to the train depot in Zurich.

You can also reach the city through your own private car hire service from whichever part of the country as most roads in Switzerland pass through Zurich.

An interesting part of Zurich – Switzerland is its old town where you can see a variety of Romanesque and Gothic structures. Of specific historical significance is the Old Romanesque Church known as Grossmünster. This church symbolizes the reformed Zurich.

Also not to be missed is Fraumünster an old Gothic Church where you can see window paintings done by famed 20th Century artist Marc Chagall.

To learn about the history of the country, visit the Landesmuseum, the largest history museum in the country.

Do not miss riding one of the old steam ships around Lake Zurich for magnificent views of the lake and the surrounding sceneries. If you are traveling with kids, you should visit the zoo.

For a bit of night life, there are numerous bars and clubs in Zurich that you can check out.

Zurich is a shopping haven. Go down Bahnhofstrasse, considered as one of the most expensive shopping strips across the globe. Authentic Swiss watches, Swiss knives and of course, Swiss chocolates are only a few of the highest-selling items in the city.

This city is known as one of the cleanest and most efficient cities in the country and as such, this city is among those tagged as ones with the highest standard of living, around the world.

It is said that the city was founded by the Romans back in the 15th BC and was formerly known as Turicum. It was in the 6th Century that the name was changed to Ziurichi, from which its current name is derived.

The city is home to a good number of research and development companies, financial institutions, and multinational companies from various industries.

Accommodations, dormitory style cost between 34 and 71 Swiss francs; budget hotels start at 34 Swiss francs and can go up to 115 Swiss francs for single occupancy rooms.

Contrary to what most people think, Zurich – Switzerland is not the capital city of the country. May 1 is Labor Day in the city and as such, the trams only run for half the day so unless you have your own car, transport could be difficult. 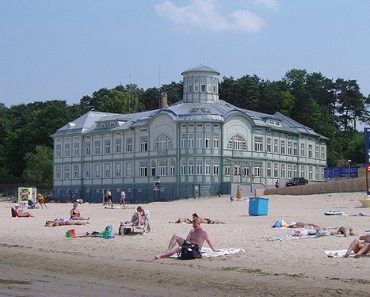